Calcasieu voters urged to be prepared ahead of Tuesday 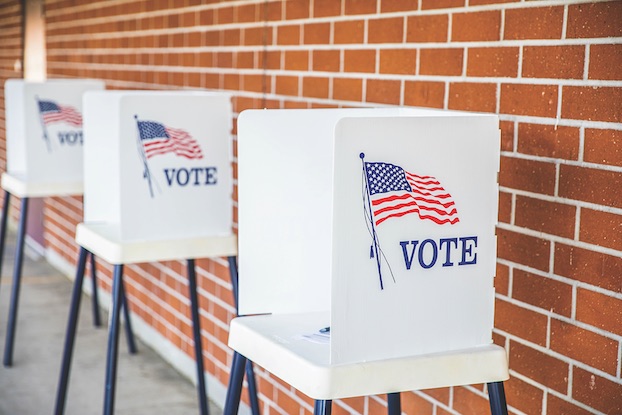 Calcasieu Parish Clerk of Court Lynn Jones is asking voters to do some homework before heading to the polls on Tuesday.

“Early voting was brisk and over 10 percent of Calcasieu voters have already cast their ballots,” Jones said. “This indicates a fairly strong interest leading up to election day.”

With three tax propositions and eight Constitutional Amendments on the ballot, Jones and his staff advised having a game plan before arriving. Even though the length of time allowed in the booth has gone from three minutes to six, wording regarding taxes and amendments can be tricky.

One way to be prepared is to consult the online Public Affairs Research Council of Louisiana (PAR) at parlouisiana.org. When an election has proposed Constitution Amendments on the ballot, PAR releases a guide that provides a text of each amendment, as well as clear, simplified wording of what a yes and no vote would mean.

Voters can mark an American Press clip-and-save sample ballot, which has been in several editions recently and bring it into the voting booth with them. Voters may not bring pamphlets or voting guidelines into the precinct that show a specific candidate’s name and photo.

Three precinct locations are different than they may have been in the past. Residents who voted at Prien Lake pavilion, 3700 West Prien Lake Road, will be relocated to Prien Lake Elementary School, 3741 Nelson Road (Precincts 362 and 363).

In a meeting with Election Commissioners on Tuesday, Jones said the Election Integrity Scorecard measured all 50 states and the District of Columbia, including voter ID implementation, absentee ballot management, vote counting practices and verification of citizenship. Louisiana ranked seventh overall. A new voting booth design could move the state up in rankings even more.

“We are considering changing to a different machine in a couple of years that shows voters a snapshot of their individual choices before they leave the booth,” Jones said. “They can review this and cast their vote or void it and start over.”

Machines are not connected to the internet.

Jones said redistricting did cause some problems at a recent election for a few voters. It was based on lines being moved to adjust for population changes after the 2020 U.S. Census figures were received. For this race, the redistricting will play out in changes when voting for some school board and city council picks.

He said doesn’t foresee any problems; however, some voters might be asked to complete an address confirmation card because of redistricting and a recent voter registration audit.

No campaign apparel may be worn into the polling place, nor appear on vehicles in the parking lot. Campaign signage must be located more than a 600-feet radius from the front entrance of the voting location.

Voter ID is required. Among acceptable forms are Louisiana Driver’s License, LA Wallet digital driver’s license or United States military identification card that contains the applicant’s name and picture. Louisiana residents who register to vote on Tuesday will not be allowed to vote, but will be able to vote on Dec. 10.