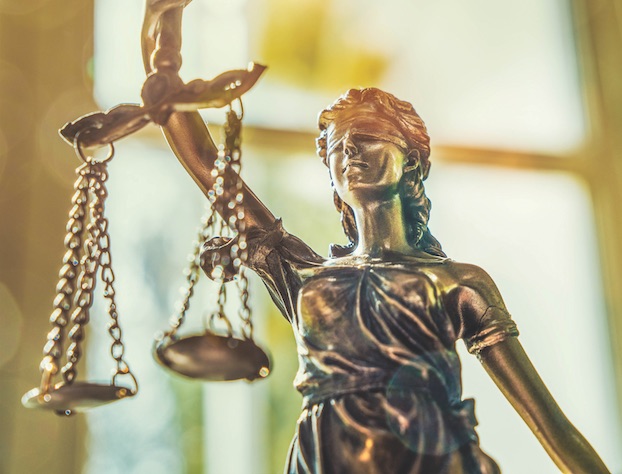 Vernon Parish jurors deliberated for less than 40 minutes before returning an unanimous guilty verdict on Thursday in one of the parish’s worst cases of child abuse, according to officials.

Clayton Allen Fulks was found guilty on all three counts of second-degree cruelty of a juvenile in the assault of a 7-year-old girl found by authorities in July 2020.

“The evidence in this case was very disturbing. It was never determined exactly how long the abuse went on, but we did determine through the investigation that the child had been living in the home with the three defendants for approximately five months. I am very pleased with the outcome of this case in that justice for the victim will finally be served,” Lambright said.

Fulks was arrested in July 2020, along with 24-year-old Dakota Wayne Singletary of Lake Charles and 31 year-old Stacy Lynn Tharpe of Rosepine. Sheriff Sam Craft said the investigation began after Fulks and Singletary were involved in a vehicle accident in Rosepine. Louisiana State Police Trooper Peter Smith and Rosepine Police Officer Robert Green responded to the accident and observed Tharpe arrive at the scene soon after with her children.

According to Craft, Green was familiar with Tharpe and her children, and he noticed that one child was not with Tharpe. When Green inquired about the child’s absence, he was told Tharpe’s mother had possession of the child, but Craft said a witness at the scene told authorities the child was still in Tharpe’s care at that time.

Both Green and Smith traveled to Tharpe’s residence where they located the child in horrific condition. Craft described the girl as having “extensive bruising” that included severe bruising to her face — so much so that her eyes were nearly swollen shut, Craft said. Further medical evaluations found significant injuries over the child’s entire body, and the child reported Fulks and Singletary had repeatedly beaten her with their fists and choked her until she lost consciousness.

During the trial, authorities testified that when they found the child she had been deprived of food and water.

Lambright praised the authorities involved in the case and credited them with potentially saving the child’s life.

“Had the police officers involved in this investigation not taken the initiative they took, there is no telling what would have happened to this child. This was an unimaginable crime that would not have been stopped without the quality and caring law enforcement officers in this case,” Lambright said.

Fulks is scheduled for sentencing on Dec. 20 before Judge Scott Westerchil. He faces a maximum possible sentence of 40 years for each charge, for a potential maximum sentence of 120 years total. Last year, Tharpe and Singletary pleaded guilty to one count each of second-degree cruelty of a juvenile, and it is expected they will also face sentencing the same day as Fulks.