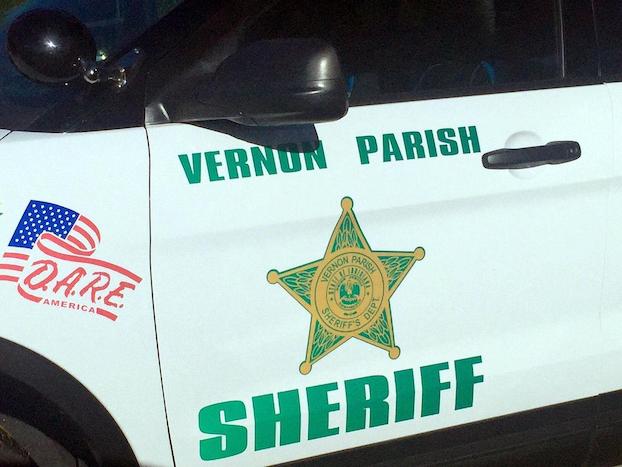 Opening arguments were delivered Tuesday afternoon at the start of the jury trial for what Vernon Parish Sheriff Sam Craft declared as one of the worst cases of child abuse his parish has ever seen.

Clayton Allen Fulks, 22, is facing three charges of second-degree cruelty to a juvenile in regards to the alleged abuse of a 7-year-old girl in 2020.

According to arrest information released by Craft at the time, Fulks, of Rosepine, was arrested in July 2020 along with 24-year-old Dakota Wayne Singletary of Lake Charles and 31-year-old Stacy Lynn Tharpe of Rosepine.

Craft said the investigation began on July 6 when Fulks and Singletary were involved in a vehicle accident in Rosepine. Louisiana State Police Trooper Peter Smith and Rosepine Police Officer Robert Green responded to the accident and observed Tharpe arrive at the scene soon after with her children.

According to Craft, Green was familiar with Tharpe and her children, and he noticed that one child was not with Tharpe. When Green inquired about the child’s absence, he was told Tharpe’s mother had possession of the child, but Craft said a witness at the scene told authorities the child was still in Tharpe’s care at that time.

Both Green and Smith traveled to Tharpe’s residence where they located the child in horrific condition. Craft described the girl as having “extensive bruising” that included severe bruising to her face — so much so that her eyes were nearly swollen shut, Craft said.

The child was transported by ambulance to a local hospital where further medical evaluations found “significant and acute bruising” over the child’s entire body. Her hair had also been cut off, according to Craft.

During questioning, Craft said the child told investigators Fulks and Singletary had repeatedly beaten her with their fists and choked her until she lost consciousness.

“The victim told deputies that she was tired and couldn’t take the abuse any longer,” Craft stated at the time of the arrests.

Fulks had originally been set to stand trial for his charges in Oct. 2021, but on Oct. 13 his defense counsel filed a motion for appointment of sanity commission. On June 6, 2022, he was ruled competent to stand trial.

During interviews after the discovery of the child, Tharpe admitted to investigators that she witnessed the abuse and did not report it, as well as leaving the child home unattended in order to avoid anyone witnessing the bruises.

In Feb. 2021, Tharpe pleaded guilty to one count of second-degree cruelty to a juvenile and she agreed to testify truthfully against her co-defendants, according to court officials.

Singletary also pleaded guilty to one count of second-degree cruelty to a juvenile in May 2021.

Tharpe and Singletary await sentencing to be determined at the conclusion of Fulk’s trial.