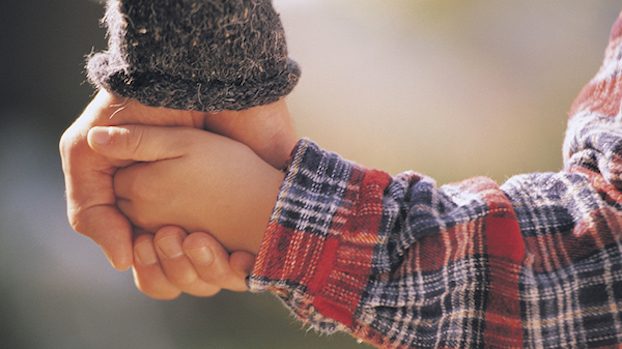 Louisiana foster children are in need of forever homes and the state Department of Children and Family Services assesses families that apply to adopt and provides services to both adoptive children and families. (Special to the American Press)

News reports about the way Louisiana treats its children are extremely depressing. The Daily Advertiser in Lafayette reported on Aug. 8 that the state was ranked in a study from the Annie E. Casey Foundation as one of the worst states for child well-being.

The foundation in its 2022 KIDS COUNT Data Book said Louisiana ranked 49th on child well-being, ahead of only New Mexico.

Courtney Rogers, the director of policy and advocacy at Agenda for Children, said, “Louisiana missed a critical opportunity during the 2022 legislative session to build a stronger foundation for children and families when they prioritized physical infrastructure projects over our human infrastructure as they allocated stimulus dollars.”

“Child welfare ‘sorely underfunded’” was the headline in The Advocate last week that explained what Rogers was talking about. Thanks to surpluses and federal funding for COVID-19 recovery, the state had extra billions.

The newspaper said, “With the infusion of cash, legislators have found more than $200 million in the past three years combined for non-essential pet projects, including more than $3 million for a sports complex in Central, $600,000 for a Shreveport golf course and $250,000 for a lighthouse in Madisonville.”

Juvenile Court Judge Adam Haney of East Baton Rouge Parish cut to the core of the problem when he said, “A kid is going to get seriously hurt, we’re going to find out, or die, and find out that DCFS (Department of Children and Family Services) dropped the ball. And the Legislature is going to be mad, they’re going to call hearings. But they’re at fault for woefully underfunding DCFS.”

The Advocate said legislators have been quick to criticize the child welfare agency, but they have failed to restore its budget that is half as large as it was 15 years ago.

State Sen. Patrick McMath, R-Covington, a member of the Senate Health and Welfare Committee, took issue with the newspaper’s conclusions. During a committee hearing Thursday he referred to media reports that are “either incomplete or distorted.”

Legislators said the agency has been funded for everything it is doing and Marketa Walters, the department secretary, agreed, according to a brproud.com news report.

Judging from testimony and comments at Thursday’s hearing, DCFS’s problems have either been solved or solutions for all of them are in the works.

But what if the agency isn’t doing enough? That news comes as DCFS has struggled to keep up with reports of child abuse and neglect and has 419 vacancies that are hard to fill. Some workers have testified at legislative hearings that morale at the agency is a major problem and complained about poor supervision.

What else can anyone expect when the working conditions are so time-consuming and depressing? The most recent data from 2020 shows that Louisiana ranked among the slowest in the nation for its response times in opening a child welfare investigation.

A recent legislative audit found that some caseworkers and stakeholders said decreased staff, higher caseloads, turnover and lack of available services affect the department’s ability to conduct its activities. Former foster children have testified they feel invisible and voiceless.

Jan Moller, executive director of the Louisiana Budget Project that advocates for low- and middle-income families, said, “Legislators listen to organized money or organized people. The root of the problem is that DCSF has no natural constituency that is able to advocate in the way that other stakeholders do.”

Those organized people he is talking about are hospitals, nursing homes, Medicaid supporters, and other interests that are able to finance lobbying efforts.

While talking about that child well-being rating, we can’t overlook news about problems with the state’s juvenile justice system. Eight troubled youth have been moved to the West Feliciana Center for Youth, which is the facility on the grounds of the Angola state prison.

Problems at youth centers at St. Martinville, Monroe, and Jefferson Parish created the need to make what have been controversial changes in the way juveniles are housed.

The Calcasieu Parish Office of Juvenile Justice Services provides excellent rehabilitative and confinement services, but many parishes don’t have the financial resources to create similar facilities. Some of that state money spent on sports complexes and golf courses could be better spent on helping those parishes establish area juvenile facilities in order to keep youngsters closer to home.

The juvenile judge in Baton Rouge asked the question state legislators and other public officials need to answer: Everybody at this point is well aware of what the child care problems are, he said, but are they going to get fixed?