Looking ahead to basketball season, Cowboys revamp with newcomers 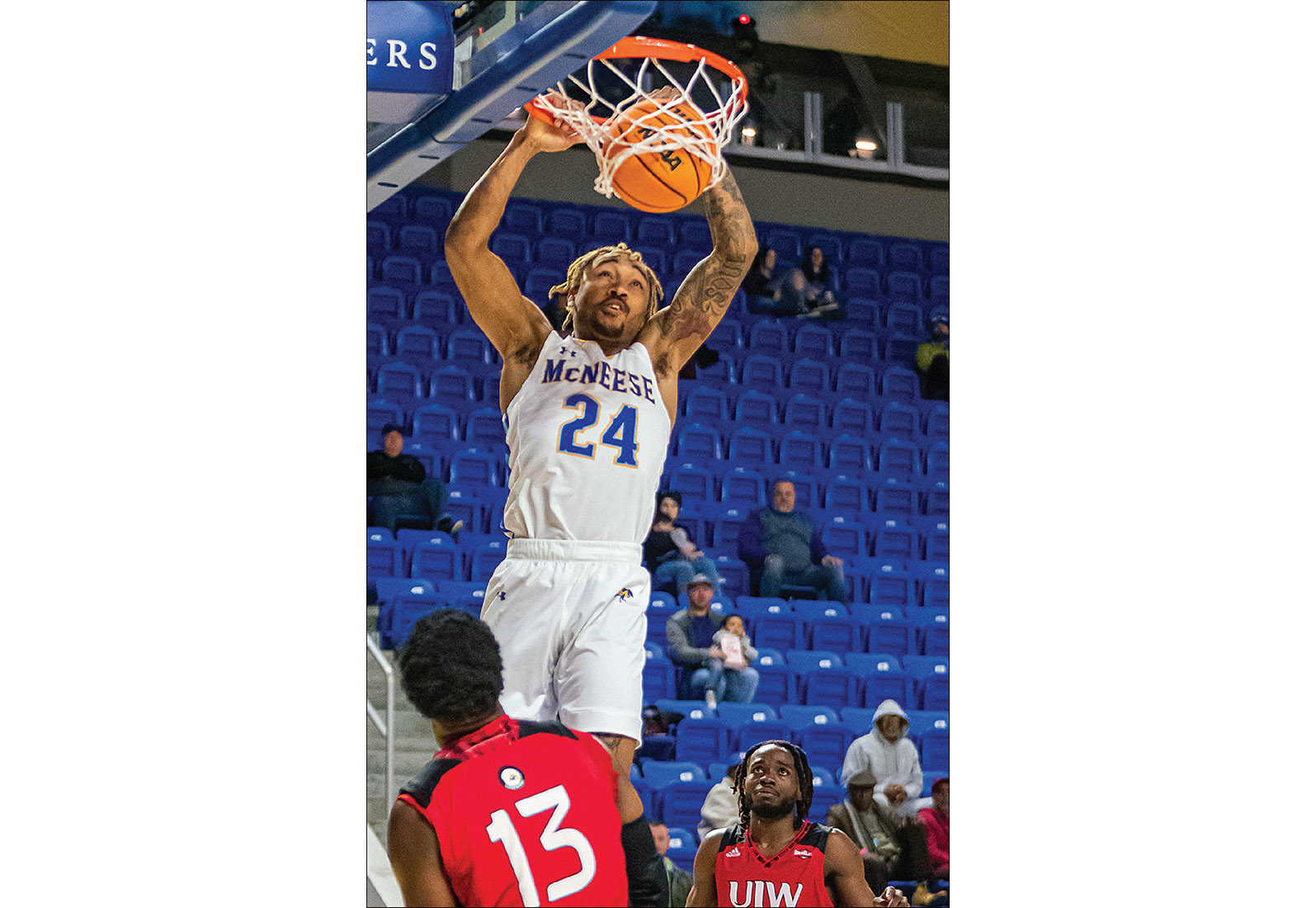 In his first season as the head coach of the McNeese State men’s basketball team, John Aiken said he learned a lot.

There were a few highs, like winning the first postseason game in the last five years for the Cowboys, and more than a few close calls.

Ultimately there was not enough consistency, chemistry or wins to cover up an 11-22 record.

So Aiken and his staff began to rebuild, bringing in nine newcomers and keeping five core pieces for the upcoming season. The group, he says, is more diverse in terms of positions, giving hope for a more balanced attack and season.

“This is as a complete a group as we have had here in my five years,” said Aiken, who served three seasons as the Cowboys’ top assistant before taking over as head coach last year.

“The pieces fit a lot better this season. We recruited for positions better.”

Aiken said McNeese is looking to take advantage of being back in its own gym for the entire season, which includes practices. Last season the Cowboys were forced to practice all around Lake Charles while the Legacy Center was being fixed after damage from Hurricanes Laura and Delta.

Games were played in both Burton Coliseum and the Rec Center on campus before the Legacy Center was finished in January.

This season the Cowboys will play four of their first five games at home, including hosting a tournament of mid-majors. McNeese opens the season on Nov. 7 at home against Champion College, an Association of Christian College Athletics school, before heading to Tulane four days later.

“It is a huge deal to be able to play those early games at home against like competition,” Aiken said.

Sophomore forward Christian Shumate is one five players returning for the Cowboys after leading the team in scoring at 12.2 points. The 6-foot-7 former Tulsa player said he has put in a lot of offseason work.

“A lot of reps and worked to improve my ball handling,” Shumate said. “I thought I had the basics down but just needed to get the reps and work done.”

He said even with nine newcomers the team has jelled.

“All the new guys have come in here and like to compete,” Shumate said. “They have all put in a lot of extra work. Lots of guys are already locked in.”

Zach Scott, the only other returning Cowboy who averaged double digits last season (10.9) said he never thought about leaving the program.

“I knew we had a chance to do something special this season,” Scott said. “We want to build off of last year. It’s why I stayed.”

Aiken said the additions of Ty McMillan, a 6-9 transfer from Georgia, and Malachi Rhodes (6-8 from Bucknell) should give the Cowboys added beef inside to help free up space for Shumate.

“Malachi is an old-school throwback,” Aiken said. “He is a bruiser. Thing is, both those guys like playing down low.”

Aiken said he’s hoping that he can also add the experience learned from a year ago and be better himself.

“I learned a lot,” he said. “The machine is running smoothly now. I don’t feel like have to get in and tinker with everything.”

With the conference tournament in his building at season’s end, Aiken knows all eyes will be on the Cowboys making a splash in the spring.