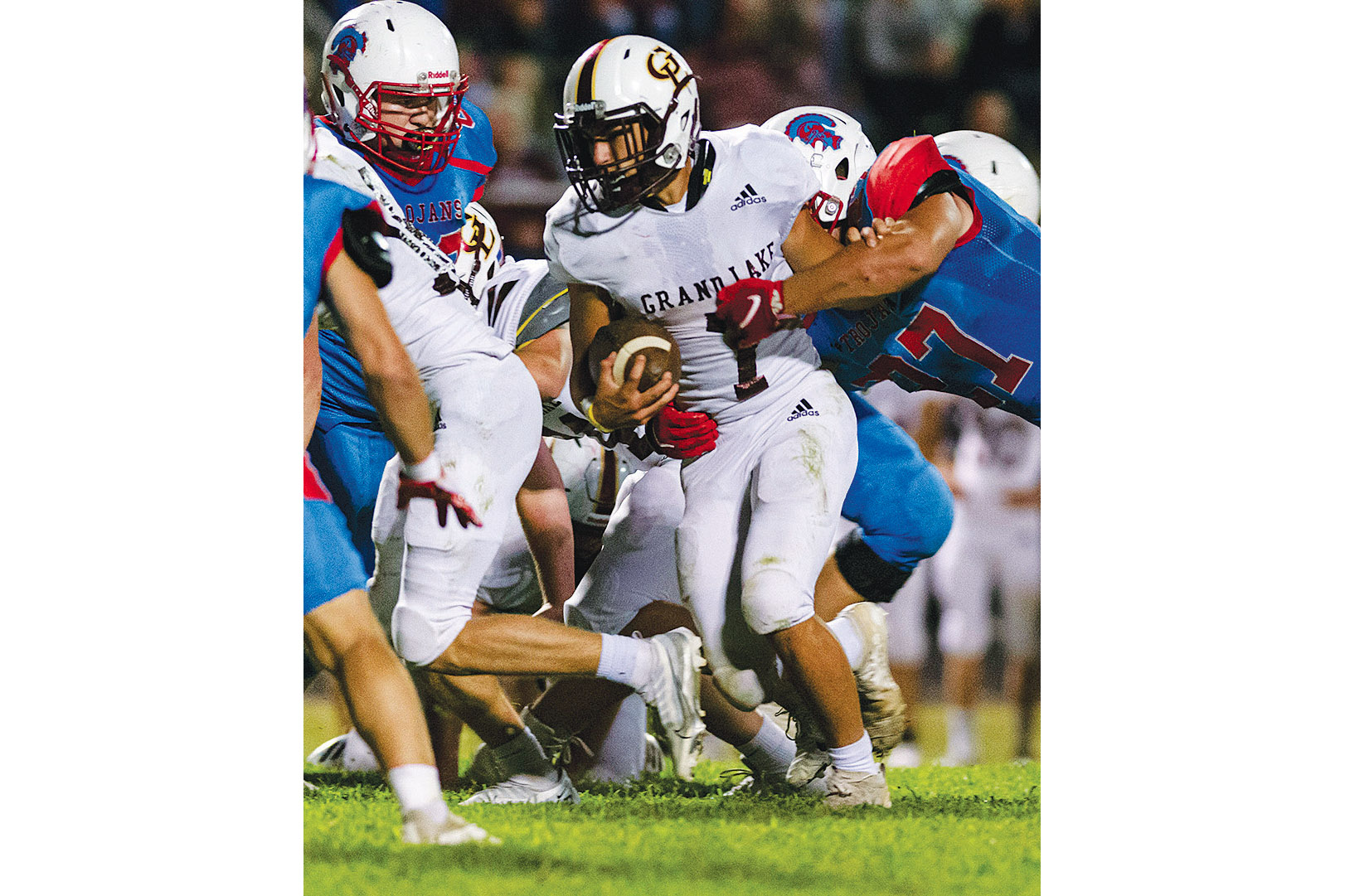 Fully recovered from an injury last season, Grand Lake junior running back Ian Vigo has taken a leading role this year for the undefeated Hornets and their high-power flexbone offense.

He missed three games last year but returned in time for the playoffs. Vigo said he worked in the offseason and everything started to click when he hit the field in Week 1, running for 197 yards and four touchdowns.

“I felt good,” Vigo said. “I felt comfortable. I knew I was doing more this year than I did last year. It makes things a lot easier for the team.

“I came back two games before the season ended, but it still wasn’t fully healed. I started getting back fully into it maybe a month after football season ended. I was going to physical therapy three times a week every morning and doing different workouts on the side during first-hour PE.”

Vigo is second in Southwest Louisiana only to Leesville’s Xavier Ford (1,036 yards) in rushing yards with 911, plus 15 touchdowns.

Vigo credits his offensive line with his success. Between Vigo and fellow backfield mates Brycen Guillory and Brent Hardesty, the Hornets are averaging 400 rushing yards per game and are one of the highest scoring teams in the state (48.2 ppg).

“Our offensive line fires off the ball very well, and I couldn’t do it without them,” Vigo said. “It is not just me having a good season, it is our whole team having a good season. I just hit my double team on my block and try to find a cut-back gap to go into and get some yards.

“We play good together as a team. We all work hard. We have good friendly competition, and it pushes us every day to get better. I think we are pretty solid. We have a lot of things we have to fix, but at the same time, we are solid in a lot of things.”

At 5-foot-7, 170 pounds, Vigo is a handful for opposing teams and has no problem dragging multiple defenders for extra yards. He is averaging 9.5 yards per carry.

“He just has incredible balance and strength,” Grand Lake head coach Jeff Wainwright said. “He is just a well-built high school running back.

“When you run this style of offense, that is the thing you look for in running backs. They have to do the extra things to protect the football. He knows going into the game he is going to have people hanging on him and extra hits. What has made him a really good back for us this year is he has protected the football and is able to win some of those battles.

“He is super quiet, always has a smile and is polite to his teachers and teammates. He knows Thursday or Friday nights are tough on his body, but he is one of those guys that puts it all on the line for our team and community.”

The Hornets are off to their second consecutive 5-0 start and will host undefeated Welsh to open District 5-2A play on Thursday.

“For us, it is a measuring stick. We know the things they are good at.”