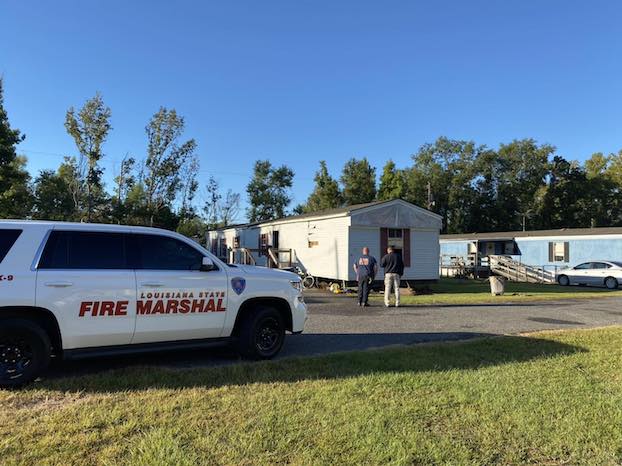 A fatal fire that claimed the life of a woman and her three dogs on Saturday started in the bedroom of the home in the 1200 block of North Perkins Ferry Road.

The State Fire Marshal Public Affairs Director Ashley Rodrigue said while official identification and cause of death are pending with the Calcasieu Parish Coroner’s Office, the victim is believed to be a 58-year-old resident.

“After an assessment of the scene and collecting witness statements, SFM deputies determined the fire began in a bedroom on the opposite side of the home from where the victim was located,” Rodrigue said.

While the exact cause is still undetermined, other residents of the home — who were not present when the fire started — reported to deputies they had been experiencing electrical issues in the home recently, she said.

In addition, deputies were unable to confirm the presence of working smoke alarms in the home.