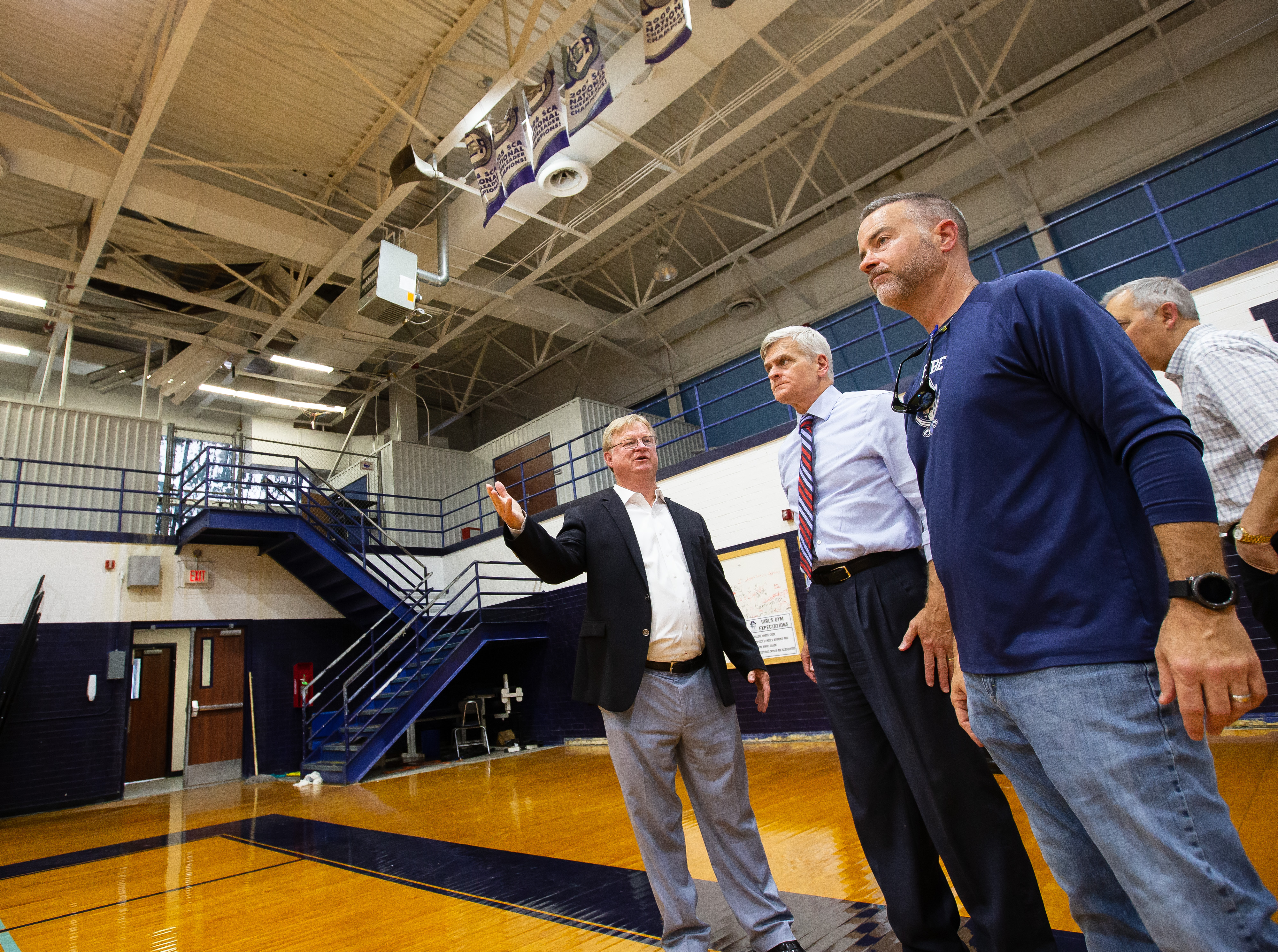 The funding will elevate about 200 structures in Calcasieu, Cameron and Vermillion parishes to the 100-year flood plain.

Cassidy, who initially received criticism from fellow Republicans for supporting the infrastructure bill, said the money was approved after a bipartisan stand-alone vote separate from what he called the Democrats’ “tax-and- spending spree.”

Cassidy was part of the original bipartisan group of senators, members of Congress and governors who met in Annapolis last year to discuss a bipartisan path forward on infrastructure. He later worked closely with a group of 10 senators — five Republicans and five Democrats — to craft the bipartisan legislation.

“Great news, $46 million coming to Cameron, Calcasieu and Vermillion parishes to elevate structures so they will not flood, so that (families) don’t have to leave, so businesses are still there, so communities can stay intact,” Cassidy said in a statement to the American Press.

Cassidy, R-Louisiana, said he chose to get involved with the bill to make sure Louisiana received enough to meet its needs.

“This infrastructure package will rebuild our roads and bridges, increase access to high-speed internet, strengthen our electric grid, add levee protection, and improve flood resiliency,” he said. “After almost every corner of our state was hit by natural disasters in the last year, we must have the federal investment to protect us from future storms.”

Cassidy said the legislation will help Louisiana become more resilient to disasters with funding for critical evacuation routes — including nearly $6 billion over the next five years for roads and bridges in the state.

The legislation also includes $26 billion to strengthen the nation’s electrical grid to prevent widespread power outages like those that occurred during Hurricane Ida.

Of the $17 billion for the Army Corps of Engineers in the legislation, $2.55 billion is specifically for Coastal Storm Risk Management and Hurricane and Storm Damage Reduction projects targeting states such as Louisiana that have been impacted by federally declared disasters over the last six years. There is another $5.5 billion in disaster mitigation, coastal restoration and flood mitigation assistance.

The legislation will also invest $65 billion in broadband to expand internet access to tens of thousands of Louisianans who currently do not have access.