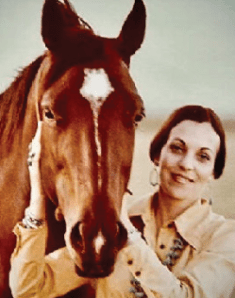 On the morning of September 25th, 2022 Jacqueline “Jackie” Theresa Petit Palermo passed away at the age of 83. Jackie was born in Westchester County , New York on January 13, 1939 to Marie Theresa “Resah” Jaeger Petit and John “Jack” Henry Petit. Her father Jack worked for the Pennsylvania Rail Road and they traveled a lot. When they moved to Lake Charles it was their 46th state they had lived in. Jack passed away in 1954 when Jackie was only 15 years old. Her mother Resah had lost her hearing from German measles and Scarlett fever when she was 14 years old and back then deaf people were not readily employable. College was not an option for Jackie. As soon as Jackie graduated high school, she went to work at the American Press selling advertising to support her and her mom.
A few years later she met Myron Joseph Palermo [1934-2014] and they were married in 1959. When Myron proposed to Jackie she quickly told him It was a package deal- he had to take her, Resah, her dog, cat and horse!! Myron didn’t hesitate! Myron, Jackie, Resah, and all the animals moved out to a beautiful horse ranch in Topsy that was later named Alamitos Acres Ranch. All together they raised three daughters, along with lots of horses, cows, goats, rabbits, hamsters, guinea pigs, a turkey, a skunk, lots of cats, and dogs. One harsh winter a cow passed away after birthing a calf. Jackie brought the calf into the house, put it in the bathtub with a heat lamp and bottle fed it so it wouldn’t die. She named him Charlie and even years later if Charlie saw that big bottle with the rust colored cap he would come running! Jackie’s love for all god’s creatures was amazing! She took in every stray dog or cat that was ever dropped off at the ranch.
Jackie was an avid horsewoman. She loved her horses and competing in horse shows. She taught her eldest daughter, Anita, how to ride and compete. That apple didn’t fall far from the tree. They would spend weekends at 4H horse shows together and have walls of ribbons and trophies as memories. It didn’t take long for Myron to get tired of sitting in the stands watching the horses go round and round in an arena. He wanted to watch them go faster and decided they needed to get into Quarter Horse Racing. In 1972, Alamitos Angel [the horse pictured with Jackie above] became AQHA Champion running horse as a 3 year old. She was bred to Easy Jet and in 1979 Easy Angel [their foal] received that same honor for a 2 year old.
Jackie also had a love for archeology and the Native American Indian culture. Family vacations were never Disneyland ! Jackie and her family would spend summers in Ruidoso and Santa Fe, New Mexico either at the horse racetrack or shopping for turquoise jewelry, Indian blankets and kachina dolls on various Indian reservations!! She discovered New Mexico & turquoise jewelry way before it became trendy !
Jackie lost her husband Myron in 2014 after 55 years of marriage. She is survived by her three daughters, Anita Palermo-LeBlanc, Lisa Palermo Fortson Myers, Renee Palermo, son-in law, Joe LeBlanc, future son-in-law John Tribulla, son-in-law Wade Myers, two grandchildren, Benjamin and Coleman Fortson, two grand-dogs Reagan and Izzybella and her two cats, Coco and Bella Blue.
She will be greatly missed by her family, friends, and her three amazing caregivers Lina Marie Garcia, Mary Jackson & Joyce Reeves.
Please don’t send flowers. If you want, please make a donation to Hobo Hotel for Cats & Kittens hobohotelforcats.com or Guiding Eyes for the Blind which trains service dogs Donate.guidingeyes.org . Those were her two favorite charities.