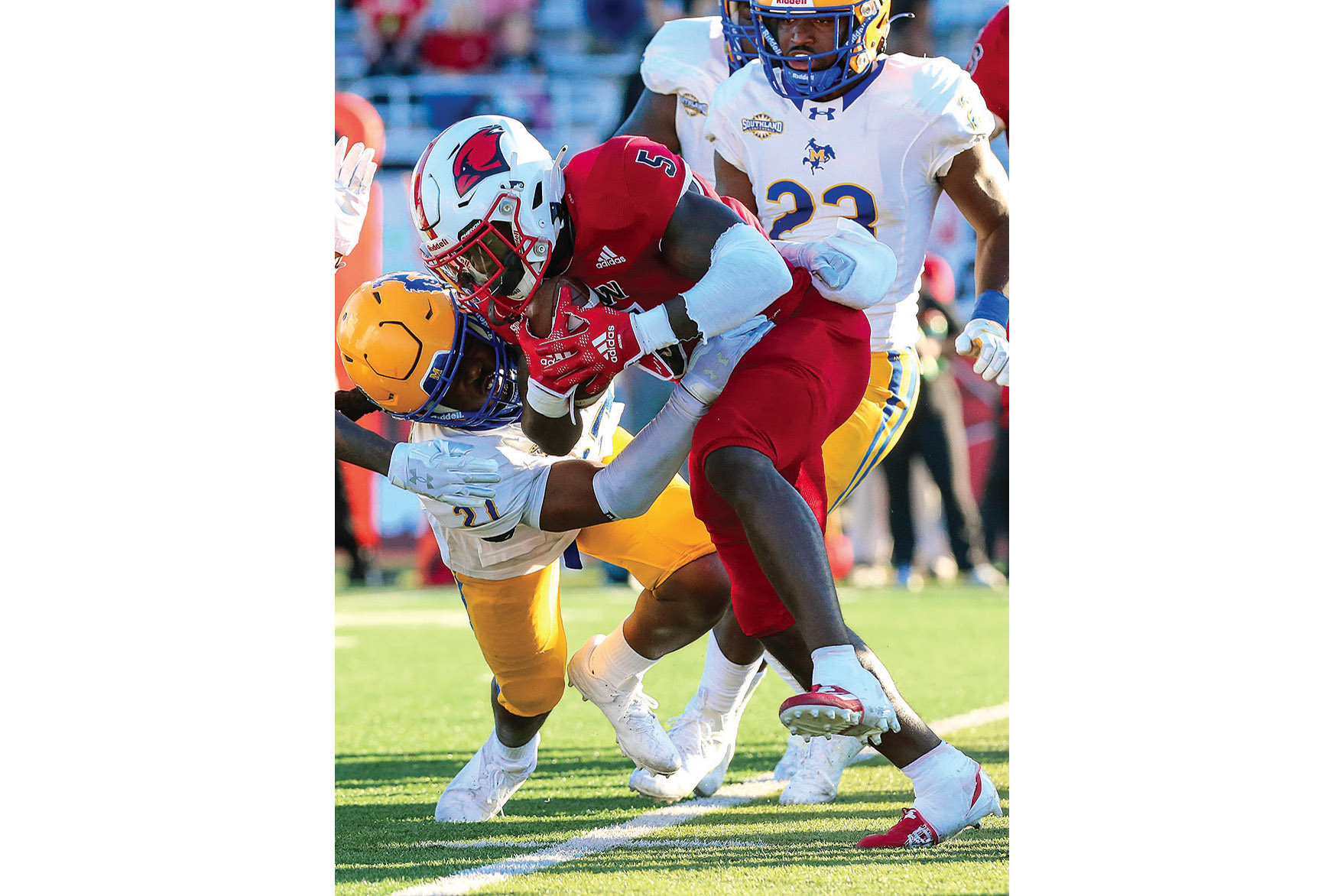 When the Cowboys last saw Lindsey Scott Jr. they were knocking him out of the starting lineup at Nicholls State.

Scott got his revenge Saturday night in San Antonio in a big way.

After losing his job at Nicholls, the journeyman quarterback has found new life at Incarnate Word, his fifth school in seven years. Scott made all the big plays as the 11th-ranked Cardinals toppled retooling McNeese State 48-20 in Benson Stadium as Scott threw four touchdown passes and ran for three more.

And, in what is becoming an UIW tradition, sent a message to the Cowboys by throwing a meaningless pile-on touchdown with less than a minute left and the game decided, instead of playing the sportsmanship card and taking a knee.

For the second time in four meetings — three of them lopsided Cardinal wins — UIW ran it up on the rebuilding Cowboys, who fell to 1-4 while losing their Southland Conference opener.

For the Cardinals (4-1, 1-1), who amassed 550 yards of offense, it was a bounce-back performance after they lost their league opener last week against Southeastern Louisiana.

Scott finished 25 of 35 for 334 yards, 141 of those coming in the fourth quarter. He also ran for 49 yards on 10 carries. Scott connected with all-American receiver Taylor Grimes for three of scores and 109 yards on seven catches.

The biggest one came late in the first half when the two hooked up for an 11-yard scoring strike with 4 seconds left before half. That came 2 minutes after the Cowboys cut the lead to 14-10 on Deonta McMahon’s 3-yard run.

The score came one play after the two hooked up for a 31-yard gain on a fourth-and-11 from the McNeese 42.

McMahon finished with 88 yards on 17 carries, snapping his streak of 100-yard rushing games at three.

McNeese made it interesting when Josh Parker scored his first touchdown of the season on a 1-yard run with 12:13 remaining. That cut the lead the Cardinals lead to 28-20.

But Scott put the game away 4 minutes later when he raced in from 5 yards out. After the kick was missed UIW had a 34-20 lead.

Scott ended with a 23-yard TD pass to C.J. Hardy and the final one, a 6-yarder to Grimes long after the outcome had been decided.

McNeese got off to a poor start and Scott took advantage. He gave UIW the lead early, scoring on a pair of 7-yard runs in the opening quarter. The first came after an opening drive that went 75 yards on eight plays and lasted 2:50.

The next was after a Cam Ransom fumble that the Cardinals recovered at the McNeese 19. Scott scored on the sixth play after that with 44 seconds left in the first for a 14-0 lead.

Garrison Smith cut into the lead with a 39-yard field goal 5 minutes into the second quarter. It was the fifth made field goal in six tries for the Ohio State transfer and made it 14-3.

Smith’s boot capped a 13-play, 59-yard drive that was highlighted by a 32-yard run by McMahon. He also made a career-long 47-yarder early in the third quarter.

McNeese quarterback Knox Kadum had his moments, finishing 13 of 26 for 144 yards. He was sacked five times while Ransom was sacked once, making 28 on the season against Cowboys QBs.

Receiver Mason Pierce was Kadum’s top target with five catches for 60 yards. Meanwhile, Marcus Cooper led all runners with 135 yards on 25 carries for the Cardinals.

The Cowboys have struggled in their last three trips to UIW, losing all three and being outscored 124-34.