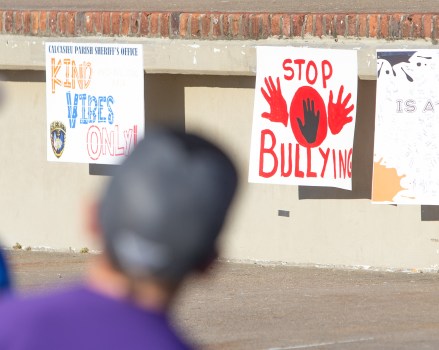 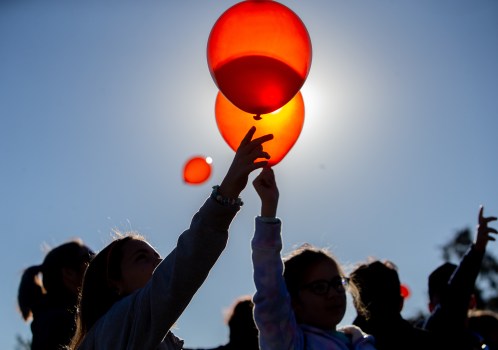 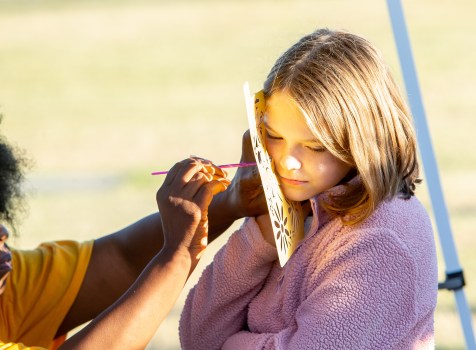 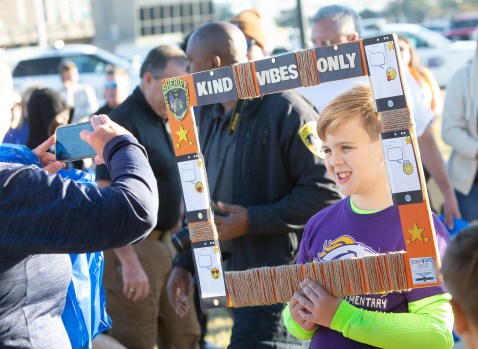 Southwest Louisiana walked the talk on Saturday during the Calcasieu Parish Sheriff’s Office’s Anti-Bullying Walk at the Lake Charles Civic Center Amphitheater, shining a light on the impacts of bullying and how to stop it.

“My 8-year-old sees a lot of bullying because some kids are really aggressive at his school,” Shanyetta Hypolite said as she watched her third-grader getting the left side of his face painted with a yellow-legged green turtle before the walk began. “But Sammy takes up for the kids who are being bullied and I think it’s really cool for kids to learn the words of how not to be a bully and how to be there for other people.”

“You can’t fight something that you’re not aware of and it’s events like this that bring awareness to a cause so we can figure out how to fight it,” Pittman said.

Pamela Perry, who said she was bullied as a teen, walked Saturday in support of her 8-year-old grandson, Jeremiah, who moved to Salt Lake City two weeks ago.

“I called him once he got there and I said, ‘You’re going to meet new friends,’ and he said, ‘Yeah, Nana, but what about the bullies?’ and that broke my heart,” Perry said. “I told him that God was going to take care of him and that if he or anybody around him makes him feel uncomfortable to first tell his teacher and then tell his mom and dad and it’s gonna be taken care of, everything would be OK. He went to school and the next day he called me and said, ‘Nana, there are no bullies at my school.’ ”

Perry said she braved the cooler temperatures during the early morning walk for Jeremiah and all the kids in the community.

“I’m 61 years old, but I told my husband I was going to walk today,” Perry said. “I was bullied in high school and I didn’t realize it until the awareness came to me. It’s been going on a long time so if we can create awareness and make people see how much it hurts, that’s a good thing.”

Calcasieu Parish School Superintendent Shannon LaFargue said it takes everyone being on the same page to end bullying.

“It takes unification of a community and that’s why we’re here today,” LaFargue said. “Those here will need to go back to their schools and be the voice that we all need if we’re going to make a difference. It just takes one phrase, one sentence, one word to hurt a student but it’s important to remember the golden rule: treat other people the way you would want to be treated. Before you say something, pause and think about it.”

Ala’jsa Walker was part of a group of athletes from LaGrange High School who volunteered to hand out free lemonade, tea, soda and water to walk participants.

“I feel like it’s important for us to be here because bullying is a big thing. Cyberbullying is the thing,” the senior said. “Social media is everybody’s life, everything gets posted on social media. I feel like events like this help.”

Al Williams, community liaison with the city of Lake Charles mayor’s office, said the greatest battle one will face in his lifetime is the battle within.