Still the one to beat, upstart Rams next to challenge champion Blazers 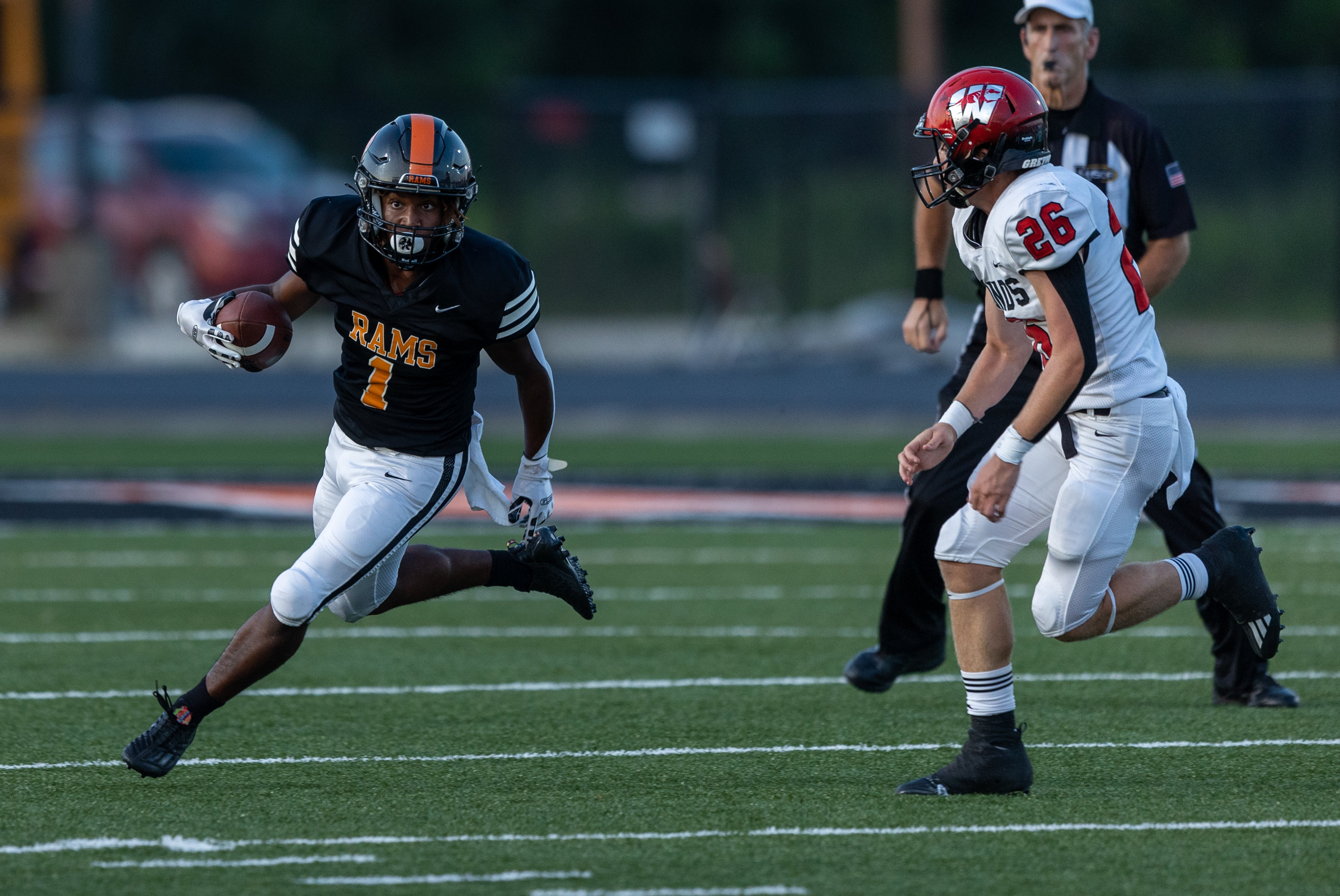 Westlake’s Brandon Jupiter looks for running room as Welsh’s Carter Phelps closes in on defense at Max Caldarera Stadium in Westlake on September 9, 2022. (Kirk Meche / Special to the American Press)

Last week Lake Charles College Prep showed it was still the team to beat in District 3-3A, opening league play with a 51-0 win over South Beauregard.

Blazers quarterback Josiah Bushnell threw for 163 yards and three touchdowns and ran for 118 yards and two touchdowns in Prep’s win last week. Westlake wrapped up its nondistrict schedule with a 36-13 win over DeRidder.

Running back Brandon Jupiter has carried the Rams offense, running for 406 yards and seven touchdowns.

Jace Dawson made his first start at quarterback for the Rams last week, completing 9 of 17 passes for 173 yards and two touchdowns.

“He is a senior who has been on the field a lot so he has the poise,” Richardson said. “He took over and played pretty well, I thought.”

Richardson said all the Rams showed up last week.

“I think we played our best game of the season last week,” he said. “Before that we had been kind of hit and miss as far as who played well on offense and defense. Last week was the first time we had a total effort.”

Richardson said Prep presents problems on both sides of the ball.

“The quarterback makes them go; he throws it pretty well and has tremendous speed,” he said. “No one in the area has team speed like they do, they have it at every position.

“I think we match up better with them now than in the past, but we still can’t match their amount of speed. We are going to have to keep them in front of us and tackle well on defense.

“Offensively we will need to run the ball, convert first downs and avoid turnovers and penalties,” he continued. “That’s easier said than done against their defense which has nine starters back.”

Prep’s defense, led by the linebacker tandem of Daylon Sibley and Kevon Freeman, has allowed 47 points through four games.