Saturday at Auburn would probably be a good time for LSU to get a Southeastern Conference victory.

There’s not a bad time, of course.

But there are some weekends that look more doable than others, even in the midst of the minefield that is the SEC schedule.

Auburn might qualify there, even if you’re LSU you can’t ever really trust Auburn. Never know what it might be up to.

That’s why the prose from this fox hole this week generally refers to Auburn as the War Eagles. And, before you have a hissy fit, I’m fully aware that War Eagle is not the school’s mascot — it’s a chant, they’ll remind you, wagging a schoolmarm’s finger at you — even though it should be its mascot because a real, live and very majestic eagle swoops down into Jordan-Hare Stadium before each game in one of college football’s most awe-inspiring rituals, and there’s too dadgum many Tigers running around out there anyway.

Besides, if you’re new to this annual dilemma, I have a well-worn cocktail napkin, signed (and later notarized) by former Auburn Athletic Director David Housel that gives me explicit permission to refer to Auburn as War Eagles, which is what it should be anyway, but only this week.

It’s a long story and an old and somewhat fuzzy one at that. But the alternative involves getting into the whole “Bayou Bengals” thing for LSU, which isn’t any good for anybody.

Again, we get sidetracked.

Anyway, this does not appear to be a vintage Auburn team.

The War Eagles could soon be led by a lame duck coach or, more likely, an interim stand-in for Bryan Harsin.

That’s the word, anyway, and of course, you never know how a team will react to such internal disarray.

But on paper, and certainly on the field while somehow getting one of the most elaborately gift-wrapped victories in recent memory against Missouri last week, this doesn’t appear to be one of Auburn’s more formidable teams.

No guarantees for LSU (which gets to keep its “Tigers” mascot this week) of course, as it has not yet proved it’s any kind of vintage Tigers this season.

Not sure how you look at it in terms of incentive. Auburn is probably going to fire Bryan Harsin eventually anyway, regardless of who wins Saturday.

Could be a one-week reprieve to put off the inevitable or just get it over with now. Probably won’t really matter.

And no matter what happens Saturday, first-year LSU head coach Brian Kelly is still in the midst of the nearest thing LSU allows to a coaching honeymoon. So he wouldn’t be affected either way.

Not sure how much attention the foot soldiers pay to that kind of stuff anyway.

But, for LSU, it’s probably a matter of getting wins while the getting is good.

And it won’t get any better than this.

It’s the start of a brutal stretch for the Tigers in what looks like a brutal conference.

If not this week, when?

Next up will come Tennessee, which has an open date this week and will probably go to Baton Rouge as the odds-on favorite to capture this year’s coveted Third-Best Team in the SEC crown.

Then it’s on to up-and-down Florida, where all eyes will be on both sidelines, overanalyzing every chess move in order to decide if LSU should have gone stronger (or at all) to hire Billy Napier when the Gators lured him from Louisiana-Lafayette to Gainesville.

Ole Miss would be next and the Rebels are getting a lot of love without really beating anything of note yet. You’ll know more after Saturday’s game against Kentucky, but Lane Kiffin is always a handful.

Then Alabama, and you know what that means. No need to go into the gory details.

There is a UAB lurking out there as the proverbial light of the end of the tunnel, but first LSU will still have to play Arkansas, which isn’t nearly as much fun for the Tigers as it used to be. Then finish up with whatever mood oil-rich Texas A&M is in that Saturday.

Point is, if this a down year for Auburn, LSU had best take advantage of it. 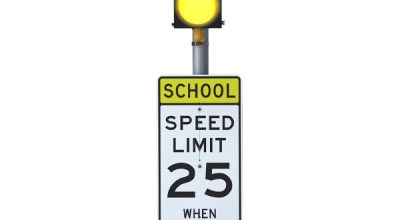