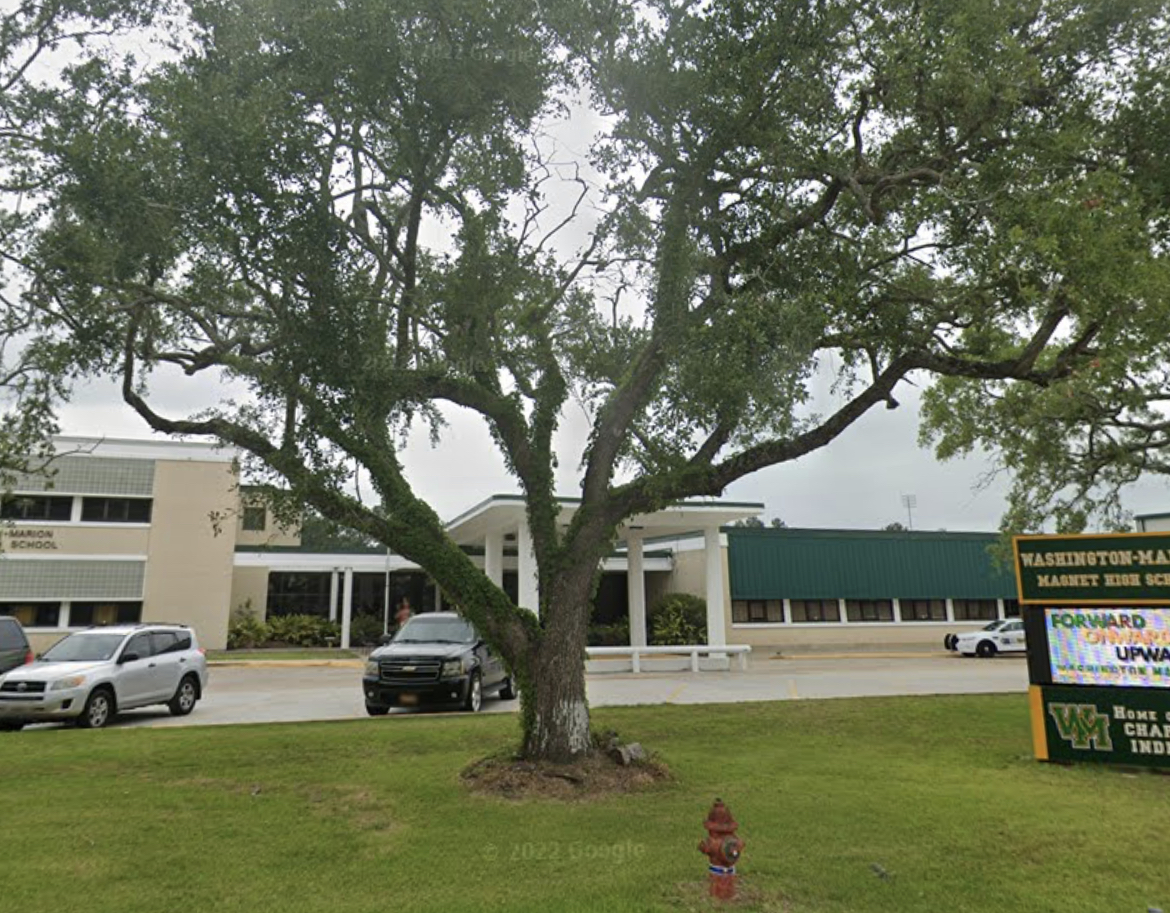 One of the students involved in the fight — along with two other juveniles — fled the school and the campus was immediately placed on lockdown, Vincent said.  The three individuals who fled were quickly located near Rose Street by the Lake Charles Police Department.

Vincent said one of the students involved in the fight, who fled the scene, had been suspended from Washington-Marion earlier the same day for a previous fight. It was also discovered one of the other juveniles who fled the school was not a student at Washington-Marion and previously attended LaGrange High School. He was present during the fight and in possession of a pair of brass knuckles.

Vincent said the third juvenile who fled the campus and was located by law enforcement was not involved in the altercation.

The investigation revealed there was no firearm present during the altercation at the high school, Vincent said.

Molo Middle School was placed on a precautionary lockdown due to the proximity to Washington-Marion High School.