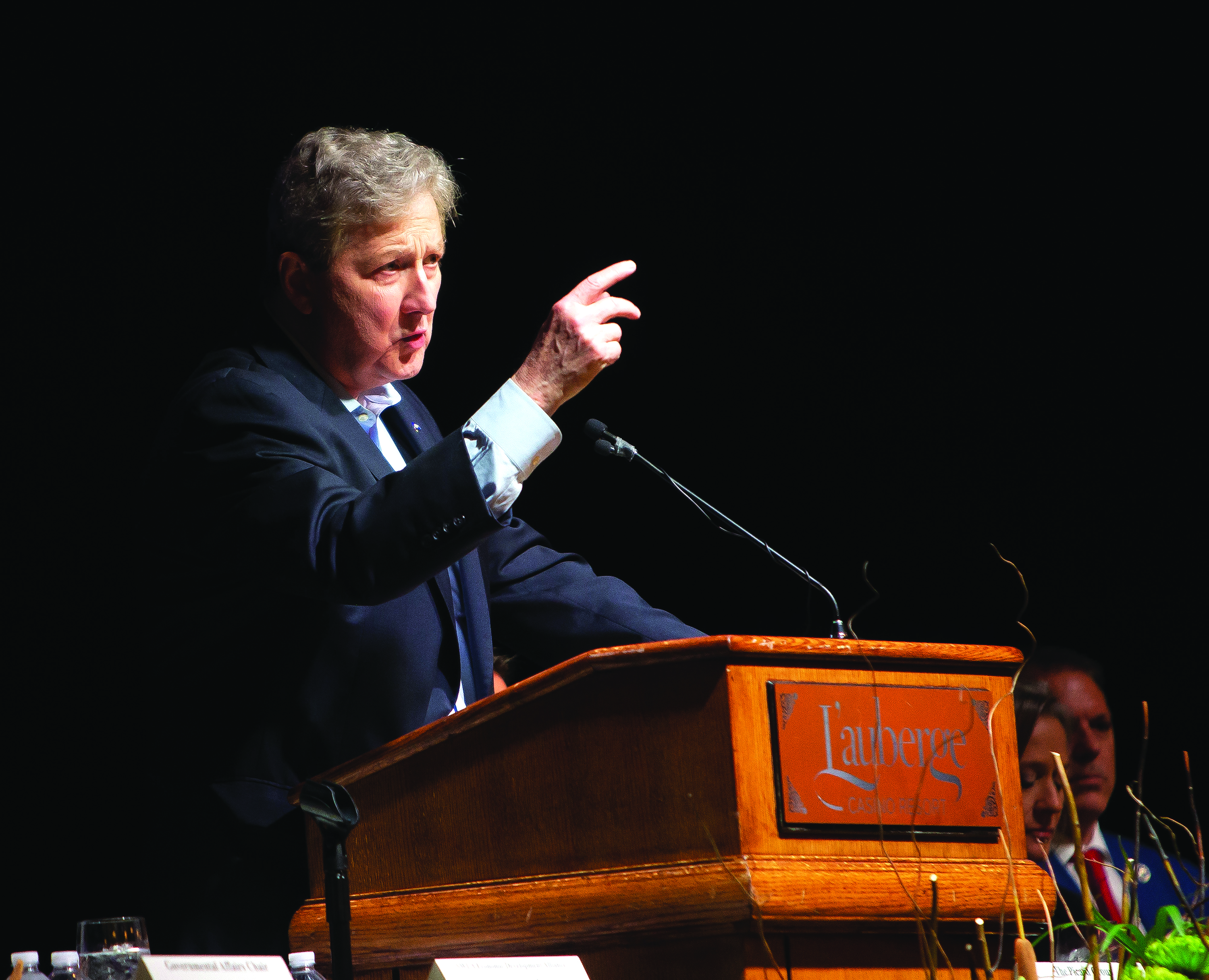 With midterm elections only seven weeks away, Louisiana’s likely front-runners in this year’s U.S. Senate race — Republican Sen. John Kennedy and former Navy fighter pilot Luke Mixon, a moderate Democrat — released television ads in the hopes of reaching more voters and getting them to the polls Nov. 8.

As Republicans fight for control of the U.S. Senate, Kennedy released an ad Tuesday morning in which he touted his voting record, which he said includes bills to cut taxes, “secure the border” and “stand up to China.”

“You have to watch what people do, not just what they say,” Kennedy, who is seeking a second term, says in the 30-second video.

While Kennedy, who has the endorsement of former President Donald Trump, entered the closely watched race as the likely favorite, 12 other candidates are hoping to unseat him.

Among them is Mixon. The Louisiana native, endorsed by Gov. John Bel Edwards, a fellow Democrat, released an ad of his own Tuesday. In it, Mixon notes his background as a fighter pilot who graduated from TOPGUN and says he spent 20 years “fighting extremism around the world.”

Mixon has repeatedly attacked Kennedy for his opposition to abortion and for being among the Republicans who refused to certify the 2020 election results in which Joe Biden defeated Trump to become president.

Notably, Mixon says in the ad that if he is elected, he would vote to codify the landmark 1973 Roe v. Wade decision that legalized abortion nationwide, and which was struck down by the U.S. Supreme Court this summer.

Challengers face an uphill battle against Kennedy, who last reported $15.8 million on hand in campaign funds. Based on the most recent reports from the Federal Election Commission, Mixon has nearly $600,000 on hand.