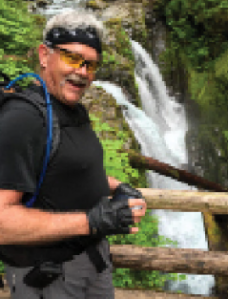 John David Lowin, 69, passed away in his Sulphur residence on Aug. 14, 2022. Born in Wichita Falls, David has resided in Sulphur for many years. He worked for Citgo Refinery for 46 years and proudly he earned his Bachelor of Science degree from McNeese State University in 2005.
He absolutely loved his children and enjoyed riding his motorcycles every chance he would get. His grandchildren learned quickly that “Paw Paw” was full of as much play and imagination as they were; maybe more. David found joy and fulfillment sharing the experience of life with his family, and everyone else who he encountered; literally everyone. John David was a Christian and took sincerely to the words of Christ. He was a Biblical scholar of sorts; he could recite both the Old and New Testament of demand and he never missed the opportunity to share his faith with others. A man that naturally yearned for fresh air and the outdoors; he hiked, camped, and traveled both domestically and internationally. Regardless of travel plans there had better be coffee Preferably Café Bustelo.
David was survived by his children, Sarah Walters, Barry Lowin, Travis Lowin, and Stacey Boyett; grandchildren, Morgan Walters, Benjamin Walters, Triston Walters, Niki Walters, Joshua Levi, Samuel Ford, Troy Cruz; his great-grandchildren, Graham, Noah and Tommy; siblings, Amy Seo, and Linda King. He absolutely loved and adored Barbara Lowin, and his nephew, Dave Claiborne.
He was preceded in death by his parents, Martha Morris and John Lowin; and two sisters, Carol Theriot and Marianne Kessinger
David’s life will be celebrated 10 a.m. Friday, Aug. 19, 2022, in Johnson and Robison Funeral Home of Sulphur. Visitation will be 4 – 6 p.m. Thursday and will resume Friday at 9 a.m. until time of service. 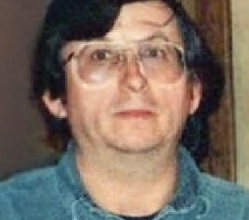