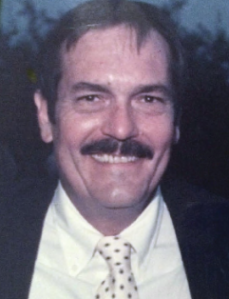 Robert “Bob” Lloyd Hyberger, of Lake Charles, La., passed away peacefully at home on Tuesday, July 19, 2022, at the age of 83.
Robert was born and raised in Mansfield, Mo., and graduated from Mansfield High School in 1957. He attended The University of Missouri School of Mines & Metallurgy (n/k/a Missouri University of Science & Technology), and graduated in 1962 with a Bachelor of Science in Civil Engineering. After graduation, Bob became a Captain in the U.S. Army Corps of Engineers as an Observation Pilot and was stationed in Stuttgart, Germany, from 1962-1965.
He began his engineering career working for Conoco Oil as a Mechanical Superintendent and Construction Engineer. After working for multiple construction and engineering companies as a Construction Manager/Project Engineer, he retired in Lake Charles.
During his retirement, Bob pursued his life-long passion of flying. He became Commander of the Civil Air Patrol, a flight Instructor, and was also a pipeline pilot.
Bob was a devoted husband, father and grandfather with a strong faith in God. Until his health worsened, he served as a Stephen’s Minister and director of Manna Ministries at St. Luke Simpson United Methodist Church.
He is survived by his beloved wife of 33 years, Karen “Jeanne” Hyberger; two daughters, Lisa Hyberger King and husband David of Wildwood, Mo., and Trina Hyberger Eaton and husband James of St. Louis, Mo.; two step-sons, Craig Wagoner and wife Gina of LaPlace, La., Robert Wagoner and wife Kim of St. Louis, Mo.; and step-daughter, Amy Wagoner Wood and husband Tim of St. Charles, Mo. Bob is also survived by his beloved grandchildren, Ryan, Tony, Shelby, Laura, Caroline, Meghan, Julianna, Michael, Lauren, Nathan, Alexandra, Nathalie; along with five great-grandchildren.
Bob was preceded in death by his parents, LaVerne Lloyd and Edna Mae Hyberger; his sister, Zoe Ellen Hyberger Shipman; and daughter, Dana Hyberger Griffin.
A Memorial Service in Celebration of Bob’s life will be held at Hixson Funeral Home in Lake Charles, La., on Friday, Aug. 19, 2022 at 2 p.m. with The Rev. Dr. John Robert Black officiating. Visitation will be at the funeral home on Friday, beginning at 12 p.m. until the time of the service.
Burial will be at a later date at the Mansfield Cemetery in Mansfield, Mo.
In lieu of flowers, memorial donations may be made in Robert’s honor to UMCOR for Ukrainian relief or Stray Rescue of St. Louis, Mo.
Fond memories and expressions of sympathy may be shared at www.JEHixson.com for the Hyberger family.