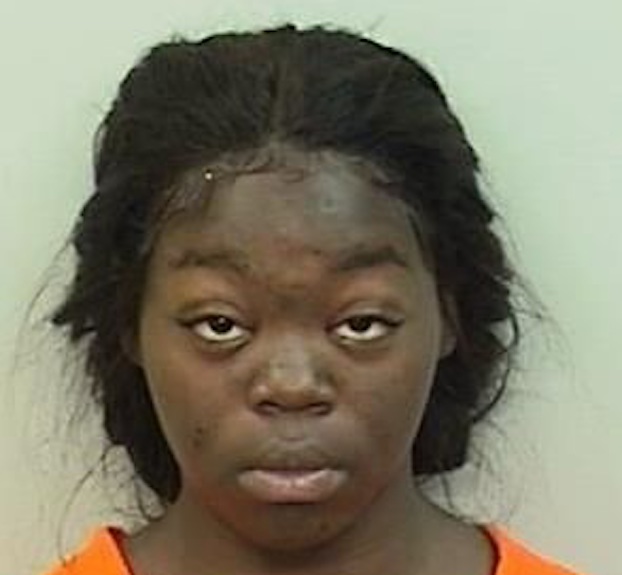 Ivy L. Lee, 22, is charged with second-degree murder. (Special to the American Press)

A Lake Charles woman has been charged with second-degree murder in the death of her 6-month-old daughter.

According to the Calcasieu Parish Sheriff’s Office at about 3:45 p.m. on Sunday, an off-duty deputy was flagged down by Ivy L. Lee, 22, on the corner of Enterprise Boulevard and Broad Street. Lee told the deputy her child was not breathing.

A patrolling CPSO deputy, who was also flagged down, aided in efforts to perform life-saving measures on the child. After being transported to a local hospital, the 6-month-old was pronounced dead.

Lee ultimately told deputies the child had been left in her small SUV while she went into work. The child was in the car for about 5 hours, from 10:30 a.m. to 3:30 p.m.

Guillory said he believed the average heat index on Sunday was about 100 degrees.

Lee said she initially left her car running, but did go back to turn her car off after a co-worker informed her her SUV was still running. After she got off of work, Lee she believed the child was sleeping in the car, and proceeded to drive around. It was later that she stopped to flag down the two deputies.

Guillory said CPSO is still in the process of reviewing surveillance footage.

Upon investigation of the vehicle, marijuana was found.

Lee was previously arrested for the desertion of a 2-month-old child in November of 2019. Lee pleaded guilty to a lesser charge of criminal mischief for that charge. Guillory said  multiple unreported incidents of Lee leaving children unattended in a car are suspected.

“It’s a pretty sad situation,” Guillory said. “This poor 6-month-old had so much taken away from her.

“This is a situation that should not have happened. We’re asking if you’re a mother or expectant mother and you don’t want your child, please just drive to a local police or fire station,” he said. “Somebody out there would have loved this child … this is just senseless, useless.”