The Informer: Mowing pad being created for cable barrier along I-210 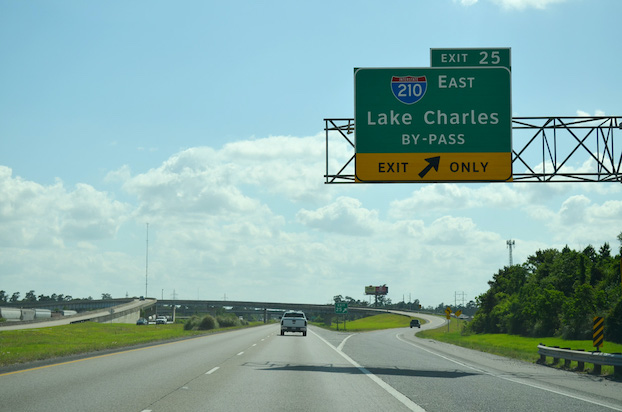 Interstate 210. (Special to the American Press)

What are they doing on the entire median of 210?  It appears they are building a foundation and I am assuming a fence similar to the ones with arresting cables.

Crews are replacing guardrail along Interstate 210 and are rebuilding concrete pads.

John Guidroz, public information officer for District 7 of the Louisiana Department of Transportation and Development, said the new work located in the middle of the median is a mowing pad for cable barrier that is to be installed.

What is the Espionage Act that President Donald Trump is being accused of violating?

The former president’s Florida home was searched under a controversial law passed in 1917 to prevent spying and leaking of government documents.

The raid is reported to have been aimed at recovering documents containing classified information that was brought to Mar-a-Lago after Trump left the White House in January 2021.

Classified documents refer to the kind of material that government agencies have deemed so sensitive to national security that access must be controlled and restricted, Jeffrey Fields, associate professor of the practice of international relations at USC, wrote in an article for The Conversation.

The FBI has cited violations of the Espionage Act as a catalyst for this document seizure.

The Espionage Act, enacted just after the beginning of World War I, makes it illegal to obtain information, capture photographs or copy descriptions of any information relating to national defense.

Enforced by President Woodrow Wilson’s attorney general, the law made it illegal to share any information that could interfere with the war or stand to benefit foreign adversaries.

No U.S. president has ever been investigated for violating the act.

Among the materials retrieved at Trump’s home were 11 sets of classified documents, including some marked “top secret” meant to only be viewed at secure government facilities.

A receipt that accompanied the unsealed warrant shows binders of photos, a handwritten note, unspecified information about French President Emmanuel Macron and an executive grant of clemency for former Trump aide Roger Stone were also retrieved.

Trump said on Friday that he declassified all the documents found during the search, The New York Times reports.