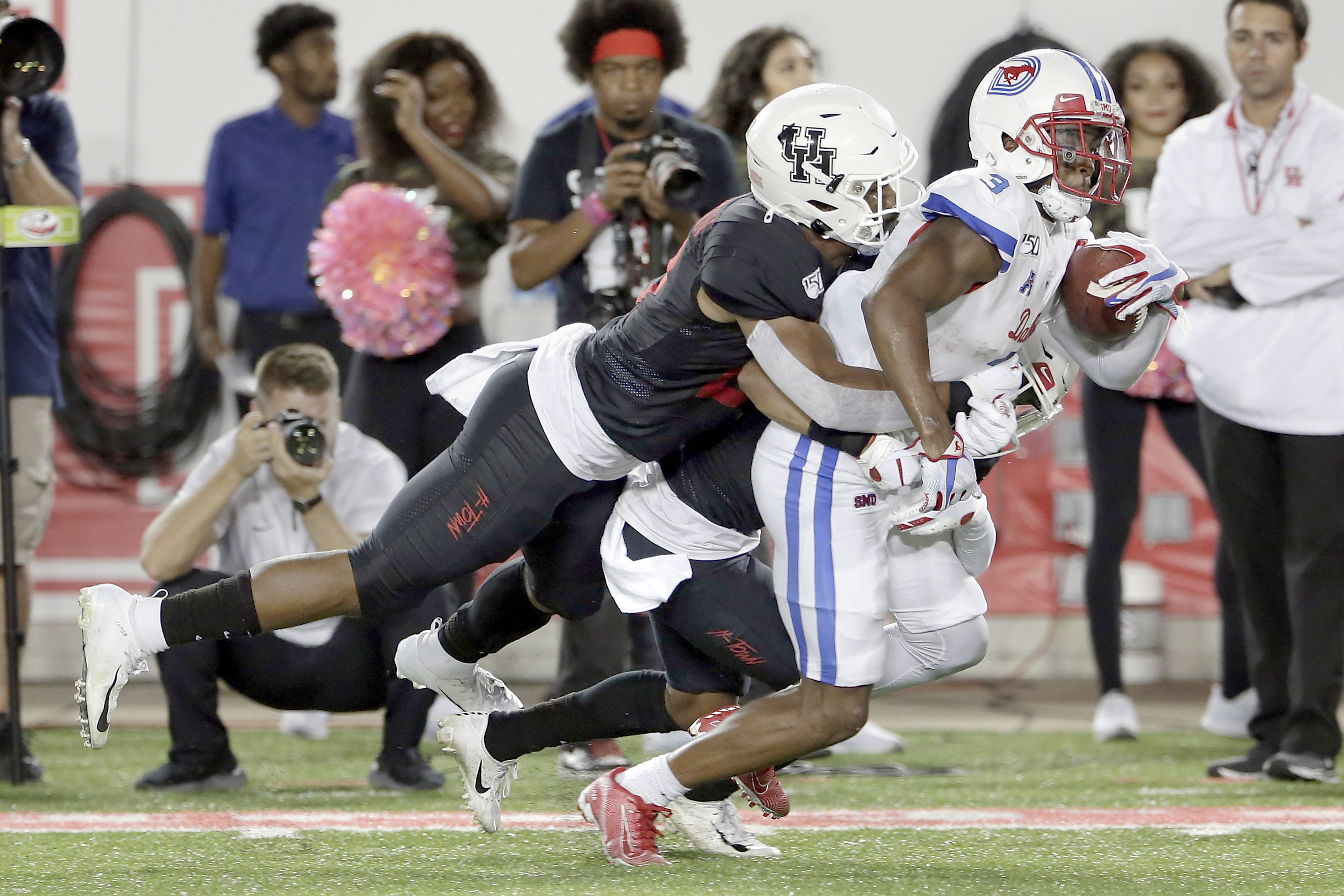 Former Houston safety Amaud Willis-Dalton, left, tackles Southern Methodist wide receiver James Proche (3) during the first half of a game on Oct. 24, 2019, in Houston. Willis-Dalton is expected to make a quick impact this season for McNeese State. (Associated Press)

Building, or even rebuilding, a football program is all about numbers.

For the first time since 2018 McNeese State will enter training camp with numbers for each of those objectives.

With 56 expected newcomers and 15 from the transfer portal, the Cowboys have added depth and talent to their roster in Gary Goff’s first eight months on campus.

Here’s a look at five newcomers to watch as camp is set to start Wednesday morning.

1 — Cam Ransom (QB A)/Knox Kadum (QB B): OK so there is six to watch. The quarterback battle likely comes down to these two.

Already the most spotlighted camp battle before things even get started, the quarterback spot is the biggest need of an upgrade for a team that needs a new identity.

Goff wants a guy who can make plays and when it is called for to change them on the fly while understanding the offense. Above all he needs a leader the team can rally behind.

2 — Koby Duru (WR): The 6-2, 200-pound junior transfer from San Diego State brings much-needed speed to the Cowboys. He will give Mason Pierce somebody to run with and give Goff a playmaker on a roster that didn’t have enough.

Duru is a wild card since he played sparingly at SDSU, but Goff believes he can be a factor once the ball is in his hands. Having another burner could also open things up more for Pierce, who last year was the Cowboys’ only real playmaker.

3 — Amaud Willis-Dalton (LB): The last Houston transfer to play defense for the Cowboys (Isaiah Chambers) turned out pretty good. Willis-Dalton comes to town for his junior year with hopes of making the same impact but on the second level.

Willis-Dalton played in 11 games last season for the Cougars, making five total tackles with one for a loss. The Cowboy defense should be solid up front but this newcomer could help plug some of the holes behind the line.

4 — Tyler Barnes (S): The senior from Southern Mississippi brings much- needed experience to the Cowboy secondary. He has been on the big stage and played a lot of college football already.

Barnes played in all 10 games in 2020 for Southern Miss, starting seven of those. He collected 37 tackles, 20 of those being solo stops. He also had one interception while forcing two fumbles. He had seven starts that season and was named honorable mention by Conference USA.

5 — Garrison Smith (K): No position was more mishandled last year and why once again a kicker is highlighted as somebody to watch.

Enter Smith, a freshman from Ohio State who was an invited walk-on for the Buckeyes last season but saw no playing time. Looking for a place to kick, he has been impressive while on campus, showing off a big leg that has been accurate.

This was a big need even if the position often flies under the radar. You don’t know you need a kicker until the first try is missed.

Cowboy fans know this all too well. 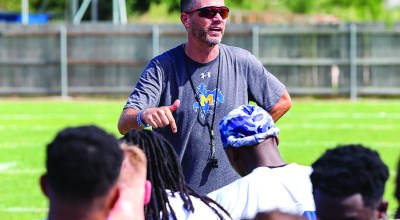 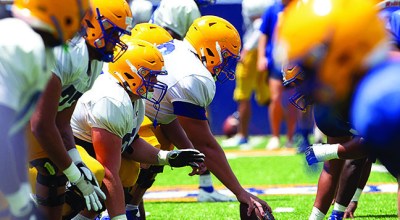