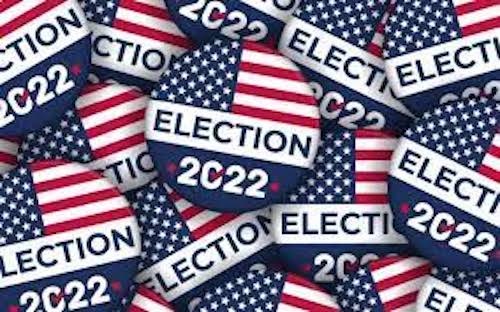 Does Louisiana’s Republican U.S. Sen. John Kennedy really need $40 million to run his campaign for re-election? I was surprised to get a letter from the senator asking for a donation when he had already raised $28 million.

The Louisiana Radio Network said Kennedy would like to break the $40 million mark before Election Day on Nov. 8. Pearson Cross, a political science professor at UL-Monroe, said a standard rule in politics is “more money is always better.”

Cross told the network, ”Even though Kennedy’s two main challengers don’t have deep pockets, he doesn’t know who else might be out there that might want to get rid of him.”

The two main challengers Cross is talking about are Democrats Gary Chambers Jr. of Baton Rouge and Luke Mixon of Bunkie. At the last report, Mixon had raised $1.1 million and Chambers took in $964.000.

News reports have said Mixon is cut from the same cloth as Louisiana’s Democratic Gov. John Bel Edwards, a West Point graduate. Mixon is a Naval Academy graduate. He is a former fighter pilot and has Edwards’ endorsement.

Chambers is described as a social justice advocate. He smoked a cigarette with marijuana and tobacco to bring attention to what he considers bad marijuana laws. He also burned a Confederate flag.

Both candidates criticize Kennedy for voting against President Joe Biden’s $1.2 trillion infrastructure bill that will benefit Louisiana and his refusal to certify Biden’s electoral votes.

On the electoral vote issue, Mixon told The Advocate, “You do what’s right. Sen. Kennedy had that opportunity Jan. 6, 2021. He had the opportunity to do the right thing, to speak the truth, to uphold his oath to the Constitution and defend our democracy. Instead, he chose to lie…”

Chambers told the newspaper Kennedy votes against the state’s interests every day. After buying a bottle of weed killer, Chambers said of Kennedy. “In his announcement video, he said, ‘I’ll never let you down; I’d rather drink weed killer.’ So, I was going to give him some, but he decided to leave. Maybe next time.”

Kennedy said he was proud of his record and his achievements. “Some things are seriously wrong in America today, and I’m going to talk about them … Inflation, in particular, is gutting the American people and the people in Louisiana like a fish. It can be fixed but not until President Biden reverses his policies.”

Thirteen candidates were in the U.S. Senate race as the deadline for qualifying ended Friday. I thought that was quite a list until I looked up Kennedy’s first successful Senate race in 2016 when there were 24 candidates. He had run for the Senate unsuccessfully in two earlier elections.

Former Republican U.S. Sen. David Vitter won the 2004 Senate primary with 51 percent of the vote. Kennedy ran as a Democrat and came in third with 15 percent. Former Democratic Rep. Chris John had 29 percent. Vitter was re-elected in 2010.

Kennedy ran as a Republican in 2008 but lost to Democratic U.S. Sen. Mary Landrieu in the primary. Landrieu that year became the last Democrat to win a U.S. Senate race in Louisiana. Republican U.S. Sen. Bill Cassidy defeated Landrieu in the 2014 general election, and he was re-elected in the 2020 primary.

Republican U.S. Rep. Clay Higgins of the 3rd Congressional District and Lafayette, who represents this corner of the state, has seven opponents. Two others from Lafayette are Republican Holden Hoggatt and Democrat Tia LeBrun.

Two other Republicans are Jacob “Jake” Shaheen of Lake Charles and Thomas “Lane” Payne Jr. of Perry. Gloria R. Wiggins of Franklin is an Independent. Lessie Olivia Leblanc of Baton Rouge is another Democrat. Guy McLendon of Sulphur is a Libertarian.

Hoggatt hasn’t wasted any time getting his campaign off the ground, which could make this race a barn burner. The candidate is an assistant district attorney and cattleman who already has billboards featuring his logo up and running from Lafayette to Lake Charles.

“I work cattle and we have a saying when it comes to fake people like Higgins: All hat. No cattle,” Hoggatt said.