If the current rearranging of the college sports landscape is all about the money — and it is — then could somebody please explain to me what the difference is from that and the nuttiness that is plaguing the golf world at the moment.

Yet the college boys — well, the adults in charge, actually — are for the most part somehow getting rave reviews for their cash grabs.

Not from all precincts, mind you, certainly not from this fox hole.

But mostly you hear things like … Progressive … Long overdue … Forward-thinking … Realistic … An eye on the future … Taking into account the current climate and adjusting to it with bold initiatives and change, change change and more and more eyes on those TV sets.

The pro golfers, at least the select few mavericks who’ve jumped ship to the no-risk money bags of the new LIV Tour, well, those guys are just being greedy.

And make no mistake — they are.

The golfers can twist the narrative into the familiar “what’s best for my family” — a bank account apparently can buy a lot of happiness — all they want.

But at least even the most shameless of them seem to have the common decency not to suggest that they are “growing the game” that has been so very good to them.

I’ll give them that.

As for the colleges, who knows what their excuse is. What knows what this madcap table game they are playing — half Risk, half Monopoly — is all about.

But growing the game? I don’t think so.

The landscape is certainly growing (for some) as conferences gobble up the most valuable properties while erasing and crossing traditional league borders in pursuit of world domination through network TV inventory.

If anything it figures to shrink the game to a narrower and narrower select few, and pity the poor schools that are left standing when (if) the music ever stops in this game of musical chairs.

Not to beat this dead horse again, but college football seems intent on “growing” its product straight into NFL Light, a reliable template for money-making, granted, but a slippery slope which doesn’t figure to be good for the game.

Still, the rich will get richer so there’s that.

The LIV Tour goes against everything that is sacred about pro golf. It plays 54-hole, no-cut events with shotgun starts and some kind of screwy team event running concurrently, and most of the money is divvied up before a shot is struck.

It’s no-fault, risk-free competition in a game that is supposed to penalize everyone for the least little thing.

Does anybody really care who won the LIV’s Portland tournament?

Doesn’t matter. Branden Grace (I looked it up) got paid $4 million for a nothing tournament.

If there was a trophy involved it doesn’t figure to be kissed and passed down from year to year.

College football is ALL about tradition — it has tons more than the NFL — but those traditions are being dragged around like an overturned Sooner Schooner.

College football is all about hating and taunting and obsessing over your conference rival(s).

It gets kind of tough when there might be 19 or 20 of them to learn the names of, many of whom you’ll play about as often as Haley’s Comet visits campus.

For everything as silly as the “The Boot” that LSU and Arkansas tussle over, there’s an Old Oaken Bucket or Little Brown Jug somewhere that means something to fans and players alike.

But they just don’t generate much cash flow, not even naming rights, so those things aren’t important to the new order.

Instead, college football suddenly has it in its head that Maryland and UCLA can be next of kin … and the power brokers aren’t done with the awkward match-making yet.

Maybe the Rose Bowl will survive, maybe not. But you can’t let old mores get in the way of progress.

No different than the upstart golf tour.

Right no we don’t know where college football is headed.

But at some point somebody needs to at least yell “Fore!” 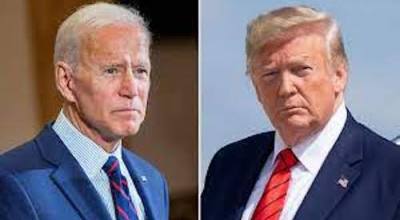