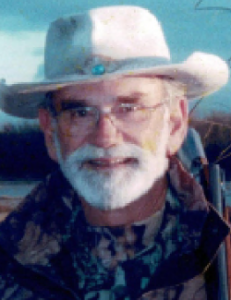 Funeral service will be held on Thursday, July 14, 2022, at 2 p.m. in Sts. Peter and Paul Catholic Church in Scott, La., for Josephe Oran Richard, 86, who died peacefully at his residence in Lafayette.
Interment will be in Assumption of the Blessed Virgin Mary Cemetery.
A Reception will be held immediately following the funeral services at Fezzo’s, 720 Frontage Road, Scott, LA 70583, from 3 p.m. to 6 p.m.
The Rev. Cedric Sonnier, Pastor of St. Mary Mother of the Church in Lafayette, will conduct the funeral services.
Survivors include his beloved wife of 52 years, Joan Melton Richard; four daughters, Connie St. Romain, Patricia Schuster and her husband Kenny, Denise Lanclos and her husband David, and Suzanne Larkin and her husband David; two sons, Lee Richard and Mike Richard and his wife Cheri; one stepson, Todd McCann and his wife Brenetta; one adopted daughter, Pam Richard; one daughter-in-law, Tracy McCann; two brothers, Louis Richard and his wife Jenny and Jimmy Richard and his companion Margie; two sisters, Janice Simar and her husband Ronnie and Dean Link and her husband Ronnie; 24 grandchildren; 30 great-grandchildren.
He was preceded in death by his parents, Nora Lyons Richard and Gussie Richard; one stepson, Howard McCann Jr. and one son-in-law, Bryan St. Romain.
Josephe Oran Richard was a native of Duson, La. He graduated from Scott High School in 1954 and went on to attend SLI (now ULL) where he graduated in 1958 with his bachelor’s degree. He founded Industrial Helicopters in 1970 and also formed Operators & Consulting Services with his good friend, Tommy Johnson, in 1989. Mr. Richard provided Helicopter Transportation for 35 years to the oil and gas industry. Mr. Richard assisted with “Christmas Present Drops”, flying Santa Clause in his helicopter to local Acadiana area Elementary Schools at Christmas time, as well as several law enforcement agencies supporting search and rescue missions. He selflessly provided these special Christmas Drops at no charge to the community. He was a member of Helicopter Association International, the Krewe of Gabriel (Past Duke) and the UL Foundation, where he donated Track Scholarships to UL. He also served two terms as President of Oakbourne Country Club from 1991 to 1993.
Mr. Richard was a Ducks Unlimited Member since 1973. He served as a Legacy Member, Grand Slam Life Sponsor, Ducks Unlimited Trustee and National Delegate, Wetlands America Trust Board Member, and Ducks Unlimited de Mexico Board of Director. He also served as Co-Host of the Internationally Syndicated Ducks Unlimited Television Show with his good friend Marc Pierce of Montana from 1999-2004. In 1996 he led and directed a Tribute Banquet in memory of Longtime Ducks Unlimited member, Granvel “Granny” Salmon, that raised funds for 1,000 acres of Wetlands Conservation in Saskatchewan, Canada. In 1999 He led Les Amis Des Canards De Louisiana (“Louisiana Friends of the Ducks”) that raised $6,000,000.00 in funds to preserve and improve waterfowl habitat. The project impacted approximately 70,000 acres in the area knows as the “Duck Factory” of Saskatchewan Canada.
Oran was a loving husband, father, grandfather, great-grandfather and friend who will be dearly missed. Oran had done so much to enrich so many lives by exposing countless people to the joy of the outdoors. He leaves behind thousands of memories that he created for family, sportsmen and sportswomen. He was affectionately known as “LEGEND” and will be remembered with love around camp fires for many years to come.
Pallbearers will be Mike Richard, Lee Richard, Matthew Richard, Thomas Richard, Oran St. Romain and Polo Chevarria.
Honorary Pallbearers will be Matt Stuller, Marc Pierce, Mike Terranova, Charlie Sonnier, Manuel Diego, Ken Roy and all his grandchildren.
The family requests that visitation be observed in Martin & Castille’s Scott location on Wednesday from 4 p.m. to 8 p.m. and will continue on Thursday from 12 p.m. until time of the services.
A Rosary will be prayed on Wednesday at 6 p.m. in Martin & Castille Funeral Home.
Memorial contributions can be made in Josephe Oran Richard’s name to Duck’s Unlimited, www.ducks.org.
A heartfelt appreciation is extended by the Richard family to Betty Clay and Leslie with Nursing Specialties for the love they provided in his time of need.
View the obituary and guestbook online at www.mourning.com
Martin & Castille-SCOTT-802 Alfred St., Scott, LA 70583, 337-234-2320