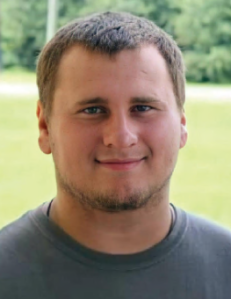 Zeke Raymon Turner, age 24, of Vinton, La., passed away on Monday, June 27, 2022. Zeke was born June 14, 1998, in Lake Charles, La.
Zeke was a lifelong resident of Vinton and a 2016 graduate of Vinton High School. He was employed with Brown & Root at W.R. Grace as a scaffold builder. Zeke was a member of the Vinton Sons of the American Legion Squadron 208 and the Knights of Columbus Council 6103.
He cherished spending time with his family and friends. Zeke loved coaching, playing and watching all sports, especially baseball. He was an avid Astros fan! During his free time he enjoyed binge watching various TV series with his family. Zeke was known for always lending a helping hand for anyone in need. He put all his effort into anything and everything he did. He will be missed deeply by all those who had the privilege to know and love him.
Those left to cherish his memory are his wife, Abbie Turner of Vinton; his children, Brody Patin and Aubrey Turner; his parents, Matt and Stephanie Turner of Vinton; his brothers, Jason Pruett of Vinton, Zach Turner of Baton Rouge, Zane Turner (Alexis Moore) of Vinton, Zeth Turner of Vinton; maternal grandfather, Tommy Vassar Sr. of Vinton; paternal grandmother, Kay Turner (Don Ritter) of Vinton; mother-in-law, Christie Romero (Paul Peroni) of Sulphur; father-in-law, Guy Patin (Terri) of DeQuincy; in-laws, Brennon Patin, Connor Patin, Xavier Guillory, Bethanie Carrazco (Ricky), Laurel Patin; nieces and nephews, Khiden, Amelia, Ben, Isaac, Alyvia, Calum; his godson on the way, Logan Weekly; and numerous aunts, uncles, cousins and extended family members.
He was preceded in death by his paternal grandfather, Buford Turner; and his maternal grandmother, Gaynell Vassar.
Funeral service will be held at 2 p.m. on Saturday, July 2, 2022, in Hixson Funeral Home of Vinton. Burial will follow in Big Woods Cemetery in Edgerly under the direction of Hixson Funeral Home of Vinton. Visitation will be held from 4-9 p.m. on Friday, July 1, 2022, with a Rosary prayed at 6 p.m. in the funeral home. Visitation will resume on Saturday morning from 9 a.m. until time of service at 2 p.m. in the funeral home.
Fond memories and expressions of sympathy may be shared at www.hixsonvinton.com for the Turner family.