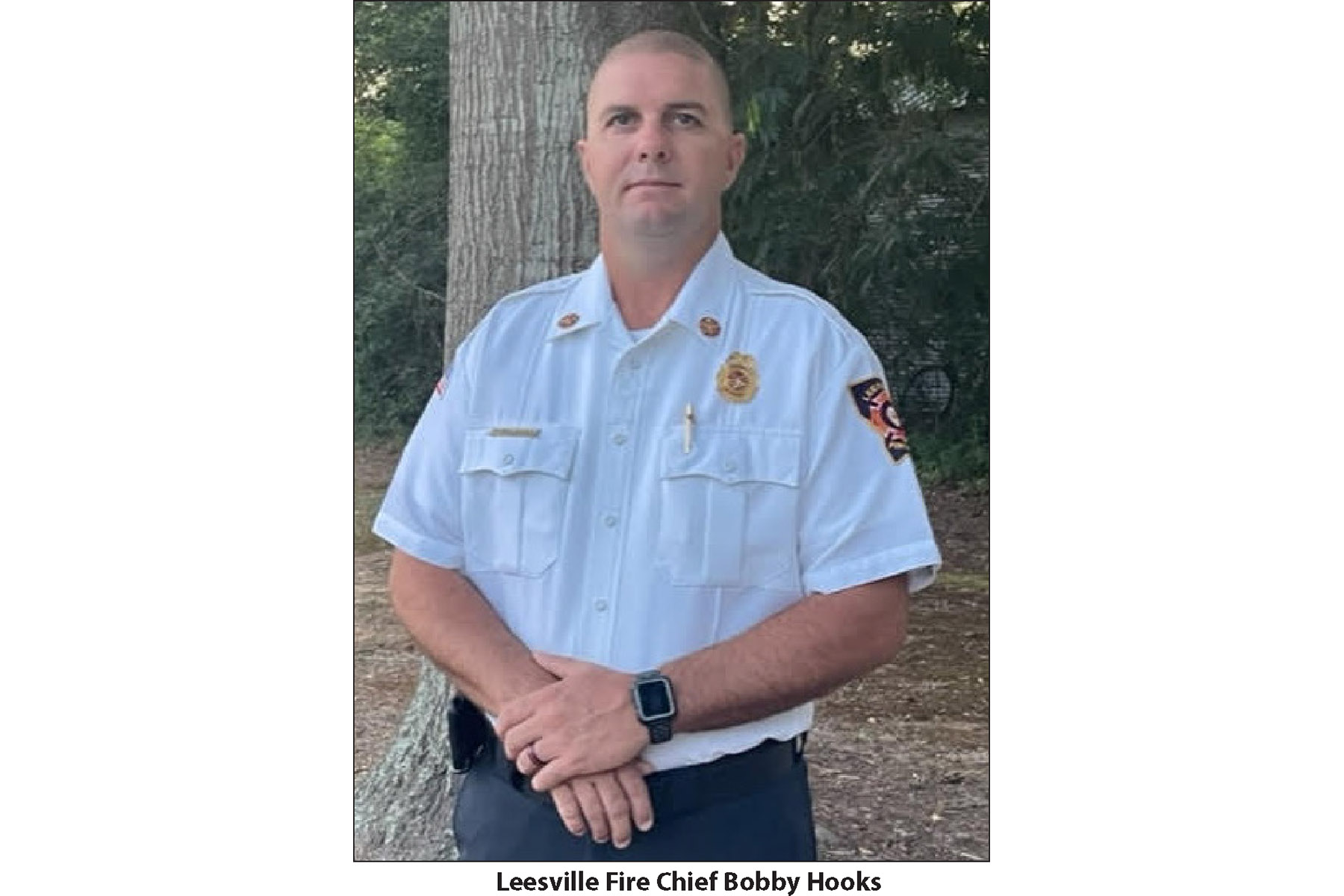 Vernon Parish’s own Bobby Hooks is looking to bring his experience, knowledge, passion and commitment to the table as he takes over as Leesville’s Fire Chief this month.

Hooks was appointed the city’s fire chief by the Leesville City Council on June 13, following the retirement of longtime Fire Chief Kyle Bush.

Bush left big shoes to fill, according to Hooks, but he said the department has accepted him with open arms.

“Chief Kyle Bush is a great person and is well respected and liked throughout the community. Captain William Tibbitts served as Interim Fire Chief directly after Chief Bush’s retirement and thanks to his leadership, my appointment has been seamless,” Hooks said.

Leesville Mayor Rick Allen said that with Chief Hooks at the helm, the city’s fire department will be in capable hands in the absence of Bush.

“Chief Bush ran a respected department that we are all proud of. Mr Bobby Hooks and his family have always been a big part of our community and we are excited to see the changes that Chief Hooks brings to the department. The future is bright for LFD as Hooks takes the lead of the finest firemen in the world; they are all first class,” Allen stated.

Hooks is a lifelong resident of Vernon Parish, having attended Leesville schools until high school and then graduating from Anacoco High School in 1997.

After his graduation, Hooks attended the LSU Fire and Emergency Training Institute in Baton Rouge. He then began working for the DeRidder Fire Department where he remained for the next 25 years of his career.

Hooks said choosing the career path of a first responder and firefighter was a calling in his life that he never questioned.

“It has been a lifelong passion and I feel that this line of work chose me,” he said.

“A wise man once told me that if you pursue your passion then you will never work a day in your life. I love having the opportunity to do this every day and have never felt like I was working. I feel that I was called to serve the people when they are in need.”

Hooks’ work began to take on a leadership role in 2013 when he was promoted as Training and Safety Officer for the DeRidder Fire Department. In 2017, he was promoted to Deputy Fire Chief.

Earlier this year he took advantage of the opportunity to return to his own community when he took the Fire Chief’s exam for the City of Leesville.

Being selected and appointed to serve his hometown community was an incredible honor, he said.

“It is an honor to finally apply all these aspects to the place that I call home. Alongside key personnel within the city and parish, I look forward to accomplishing great things,” Hooks stated.