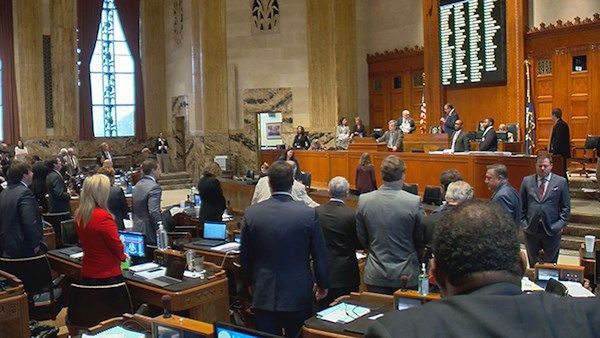 Most unknowing Louisiana legislators approved what turned out to be a bad bill during the final minutes of their 2022 regular session. A gubernatorial veto kept it from becoming law.WVUE-Fox 8

Those of us who have covered sessions of the Louisiana Legislature for many years have always known you need to be especially alert during the final hours of any session. Despite that alertness, a terribly bad bill was approved 15 minutes before adjournment of the 2022 regular session.

Three developments uncovered the devious moves some lawmakers took to try and give Shell Oil a $3 million tax break. Plaquemines Parish officials asked Gov. John Bel Edwards to veto the legislation, which he did. And The Advocate in an investigative story explained how an attorney hijacked the bill in question to benefit Shell.

Pecten Midstream, a Shell subsidiary, realized it had overstated the value of a pipeline across south Louisiana. The mistake cost the company an extra $1 million a year in property taxes to Plaquemines Parish in 2018, 2019 and 2020.

The tax break engineered at the last minute came after the company lost an appeal to the Louisiana Tax Commission. Jason DeCuir, co-owner of a tax consulting firm, represented Shell before the tax commission. He is also the attorney who lobbied to get the bill in question approved.

Shell, to its credit, said it didn’t authorize DeCuir to use his ties to legislative leaders in order to get a $3 million tax refund. The Advocate and The Times-Picayune reported that DeCuir had close ties to House Speaker Clay Schexnayder, R-Gonzales, and Republican Rep. Beau Beaullieu, R-New Iberia, who is also vice chairman of the House Ways and Means Committee.

The bill in question is Senate Bill 241 by Sen. Bret Allain, R-Franklin. In an interview, Allain said he told DeCuir he opposed adding the amendment. However, in order to win passage of his bill dealing with taxes, he said he ultimately agreed to the part he didn’t like.

Allain said, “I was brought language right at the end that I was told was acceptable to all parties.”

Edwards in his veto message said, “However, in conference committee, and upon the insistence of the House conferees, the bill was amended to add language meant to benefit one taxpayer.”

The governor said language added to the bill was a clear effort to change the outcome of a matter that is being appealed to the Board of Tax Appeals. He added that the amended bill received no public testimony or debate and bills like this one should be done transparently and with full consideration by both the House and Senate.

Beaullieu declined to identify who asked him to push the measure, though he acknowledged consulting with DeCuir to ensure he had a good understanding of the bill.

“I had a couple of people come to me,” Beaullieu said in an interview. “I’m not going to name-drop anybody. The whole idea of this tax reform stuff is to make Louisiana a more tax-friendly place.”

Schexnayder said in a statement that the bill supported tax reform efforts designed to make the state more competitive. “This was a good bill with a good amendment that addressed a current tax problem, and it’s unfortunate it was vetoed.”

As you can see from their comments,  Beaullieu and Schexnayder are trying awfully hard to make it sound as though they were engaged in a tax reform effort when it was a devious, last-minute plot to help Shell and DeCuir.

Shell spokesperson Curtis Smith said DeCuir was authorized only to represent Shell before the tax commission. “The individual in question is not and was never contracted by Shell to represent the company before the Louisiana Legislature,” Smith said.

Smith said Shell’s relationship with DeCuir’s company “is under review given recent developments.”

Allain’s original bill passed the Senate 33-0 and the House 99-0. It was amended by the House and those changes were rejected by the Senate. That sent the bill to a conference committee composed of three senators and three representatives and where it was amended to benefit Shell.

Three of the legislators involved in this deceptive move were on the conference committee — Allain as the author of the bill, and Schexnayder and Beaullieu, DeCuir’s two close allies.

As is too often the case, conference committee reports, like this one, are approved on the last day of the session and at the last minute. Rep. Stuart Bishop, R-Lafayette, and chairman of the House Ways and Means Committee that heard the original bill, cast the only vote against the conference committee report. He must have known there was something terribly wrong with that report that deceived many legislators during the fading minutes on that last day.