Pair accused of firing at home through moving vehicle 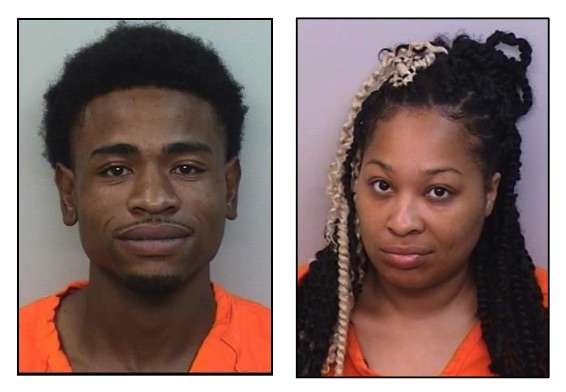 Timothy Joseph, 28, and Khrisanthia Rosette, 28, are accused in a Sunday shooting. (Special to the American Press)

A Lake Charles pair have been arrested in the Sunday shooting that occurred in the 1000 block of Fall Street.

Lake Charles Police Lt. Jeffrey Keenum said Timothy Joseph and Khrisanthia Rosette, both of 28, are accused of firing at the victim from a moving vehicle several times before departing the area.

Keenum said the victim was not injured and the vehicle was discovered a short time later near Hagan and Jake streets.

Joseph is charged with attempted second-degree murder. Judge Fazzio set his bond at $225,000.

Rosette was charged with principal to attempted second-degree murder. Fazzio set her bond at $135,000.