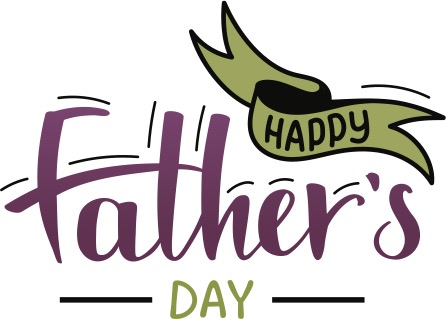 Father's Day not only brings back memories of fathers no longer with us but also is a good time to remember our experiences as a father.metrocreativeconnection.

Special observances like Father’s Day are a great time to remember our dads and to count the blessings we have enjoyed since the day we became fathers ourselves. I have many fond memories on both counts.

I wrote about my dad on Father’s Day in 1997 in a column titled, “Most people called him Charlie.” A victim of polio at age 6, he was destined to live the remainder of his life with a practically useless right leg and to walk with a crutch.

Despite that handicap, he never let it stop him from doing whatever he made up his mind to accomplish and he never traded on his disability. In fact, my three brothers, my sister and I didn’t see him any differently than other fathers we knew.

My dad somehow figured out how to drive a car with his one good leg. And I will never forget the day he came home with a used Oldsmobile that had automatic drive. It must have made his life so much easier.

We grew up in some tough post-Depression times. We didn’t know we were poor because almost everyone else was also poor. The examples my father set — work hard, try to excel at whatever you do and carry your own weight despite any obstacles — have served me well for nearly 89 years.

We also influence our own children in many of the same ways. I remember overhearing a conversation my daughter, Jamie, was having years ago with someone else.

“Whenever dad opens a door,” she said, “he steps back and lets me walk in first. I’m not used to being treated that way.”

We were taught to stand up when a woman enters the room, to open doors for others, to respect our elders and to use good table manners. We didn’t dare sit down to eat without wearing a shirt or while wearing a cap.

The birth of Jamie, by the way, marks the beginning of my fatherhood. She was born just weeks before I completed my two-year tour with the U.S. Army. We have been best friends since those days and have been exercise buddies for a long time.

Jamie told me to lighten up in 2000 when I completed covering a session of the Louisiana Legislature. She never minces words when it comes to expressing her opinions, and I knew what she meant. No more politics for a while.

Our son, Bryan, came along five years after Jamie’s birth and Jo Ann and I enjoyed some of our best years watching him play Little League baseball. An oil company job after he finished McNeese State University took him to Lafayette, New Orleans, and Houston, but a stroke of luck and a new job brought him back to Lake Charles.

Bryan wanted to get into a field of public service and got a master’s degree in public administration from LSU. His many years at the Calcasieu Parish Police Jury have proved to be just the kind of career he wanted to pursue.

Most of our readers know Jessica, our granddaughter, well. I pretty much traced her life through her early years, acquainting her with nature, taking her grocery shopping with me, teaching her to tie her shoes, entertaining her on a swing set and teaching her how to drive.

Andrew James Beam is our grandson and what a joy he has been. He liked to be called Batman when he was 5, then he became a Michael Jackson performer during his years at Barbe High School. Andrew is an expert when it comes to movies, and he can discuss almost any topic.

In 2018, I wrote about becoming a great-grandfather when Aurora Walker,  Jessica’s first daughter, was born in September. Then another blessing came two years later when Eleanor Walker, Aurora’s sister, was born on my Oct. 7 birthday.

No family is complete without the in-laws and we have some great ones. Edith is Bryan’s wife, and what a sweetheart she is. Joe Fierro is Jamie’s husband, and they have had some great years together. Adam is Jessica’s husband, and he has been a proud father.

I told Jo Ann, my late wife, on Father’s Day in 1996 that we had been blessed in many ways and were either extremely lucky or had done some things right. I also told members of my family that year how proud we were of them and how much they had enriched our lives.