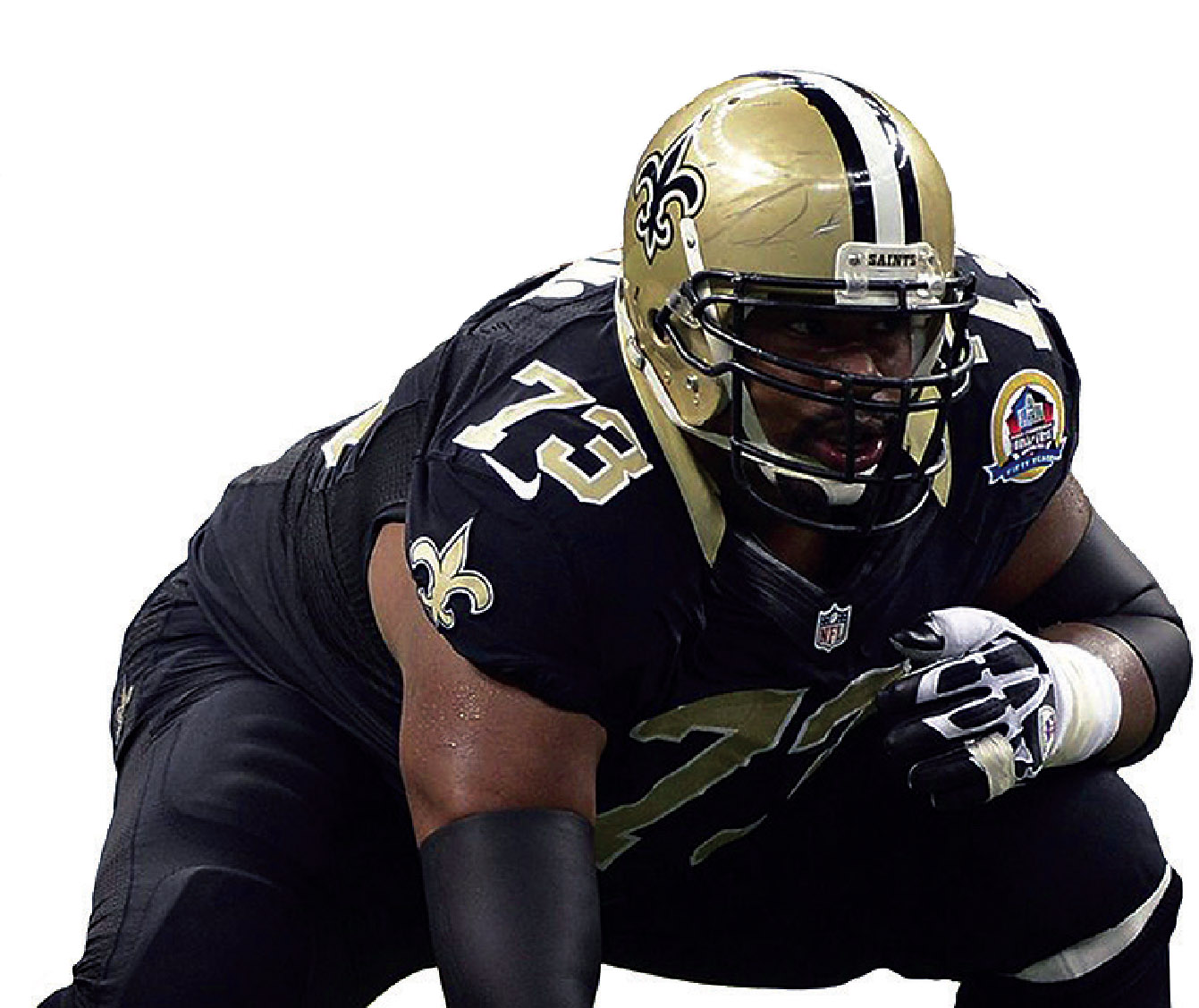 EDITOR’S NOTE: Fourth in a series about 10 inductees to be enshrined in the Louisiana Sports Hall of Fame on Saturday in Natchitoches.

It was a preseason game against the Tennessee Titans and star defensive tackle Albert Haynesworth, one of the most feared defenders in the NFL at the time.

Marrone coached offensive tackles at the University of Tennessee in 2001, when Haynesworth developed into a heralded first-round draft pick for the Volunteers. He knew how dominant Haynesworth could be when he put his mind to it.

“I remember telling Jahri, ‘This guy is a career killer,’” Marrone said. “’If you don’t go in and play well against him you can have problems.’”

Marrone remembers thinking that his wet-behind-the-ears rookie left guard was in for a rude awakening. But when the whistle blew for that Aug. 12, 2006 game, Evans more than held his own against Haynesworth, sending a message not only to his teammates and coaches but to the rest of the NFL that the stage was not too big for the unheralded rookie from Division II Bloomsburg University. Evans belonged.

“From that point on, we knew we had something special,” Marrone said.

Evans started all 16 games for the NFL’s top-ranked offense in 2006 and was voted to the All-Rookie Team. For the next 11 years, he was a fixture at right guard for one of the most prolific offenses in NFL history and became one of the most decorated linemen in franchise history. This year, he punctuated his stellar career by earning induction into the Louisiana Sports Hall of Fame.

“When I got drafted by the Saints in ’06, I wanted to be the best player I could be, so I always kept working and trying to improve,” Evans said. “We had a great general behind us for all those years in Drew Brees, and we broke a lot of records and won a lot of games. He made our jobs very easy.”

How Evans ended up in New Orleans was largely the result of scouting and fortune.

Evans was an overlooked recruit at Frankford High School in northeast Philadelphia. He was recruited by Maryland, Virginia Tech, Vanderbilt and others as a junior, but the interest dissipated after he fractured his kneecap while playing pickup basketball the following summer and missed his senior season of football.

Bloomsburg took a flyer on him at the recommendation of one of his teammates, Sean Williams. Evans earned a partial football scholarship and qualified for an academic scholarship, without which he might not have been able to afford the school. Evans graduated in the top 10 of his class thanks to the prodding of his single mother, Katreen Hopkins, who stressed academics to Evans and his three older sisters.

At Bloomsburg, during his junior and senior seasons, he was a finalist for the Division II Gene Upshaw Offensive Player of the Year award.

Pro scouts took note during his senior season, but many had reservations because of Bloomsburg’s run-heavy offensive attack and the quality of the opposition.

“You had no problem saying that this guy could be a good run blocker at this (NFL) level,” Marrone said. “What you didn’t know, because of a lack of evidence, was: ‘Does he have the ability to pass protect at this level?,’ which is always probably the biggest question mark from college to pro.”

Evans was one of seven Division II players invited to the NFL Scouting Combine that year. He performed well in the drills and aced his interviews.

The Saints, though, had seen enough to have Evans on their radar.

“When the tape came in on Jahri, it kind of came in on a horse and buggy,” Saints head coach Sean Payton joked. “You had one copy of it, and we wanted to hold on to that tape, thinking no one else in the league might have the same copy and we saw what a good football player he was.”

The Saints took aim at Evans. They had an “in” with Evans. College scout Jim Manos’ father was the offensive coordinator at Bloomsburg and knew Evans was a Division I talent. He knew Evans had landed at Bloomsburg solely because of his untimely injury and touted Evans’ athleticism, work ethic and character to the staff.

The Saints were able to swap fourth-round picks with the Eagles and acquire run-stuffing nose tackle Hollis Thomas in the deal. The Saints selected Evans with the 108th overall pick.

The Saints planned for Evans to back up veteran Jermane Mayberry at right guard, but Mayberry retired after suffering a shoulder injury during training camp. The Saints threw Evans into the starting lineup between a pair of veterans, Faine, and right tackle Jon Stinchcomb, and he thrived.

“When you get a player from a smaller school like Bloomsburg, you really don’t know how the transition is going to be,” Payton said. “But with Jahri, it was immediate.”

From 2006 through 2013, Evans started 122 consecutive games, including playoffs. A reliable force on one of the league’s most dominant offensive lines, he missed nine of 202 games in his career. The Saints perennially ranked among the NFL’s best offenses and Brees was annually among the league’s least sacked quarterbacks over that period

Evans earned six Pro Bowl invitations and a franchise-record four first-team All-Pro honors, twice as many as Pro Football Hall of Fame tackle Willie Roaf. He was voted onto the NFL’s All-2010s Team and was elected into the Saints Hall of Fame in 2020.

“He’s one of the toughest and smartest players I have ever been around in coaching and that coupled with his unselfishness and dependability made him one of the most respected players in our locker room,” Payton said.

“For 11 years, I watched Jahri dominate the best football players in the world. He was an absolutely dominant player,” said former Saints offensive lineman Zach Strief.