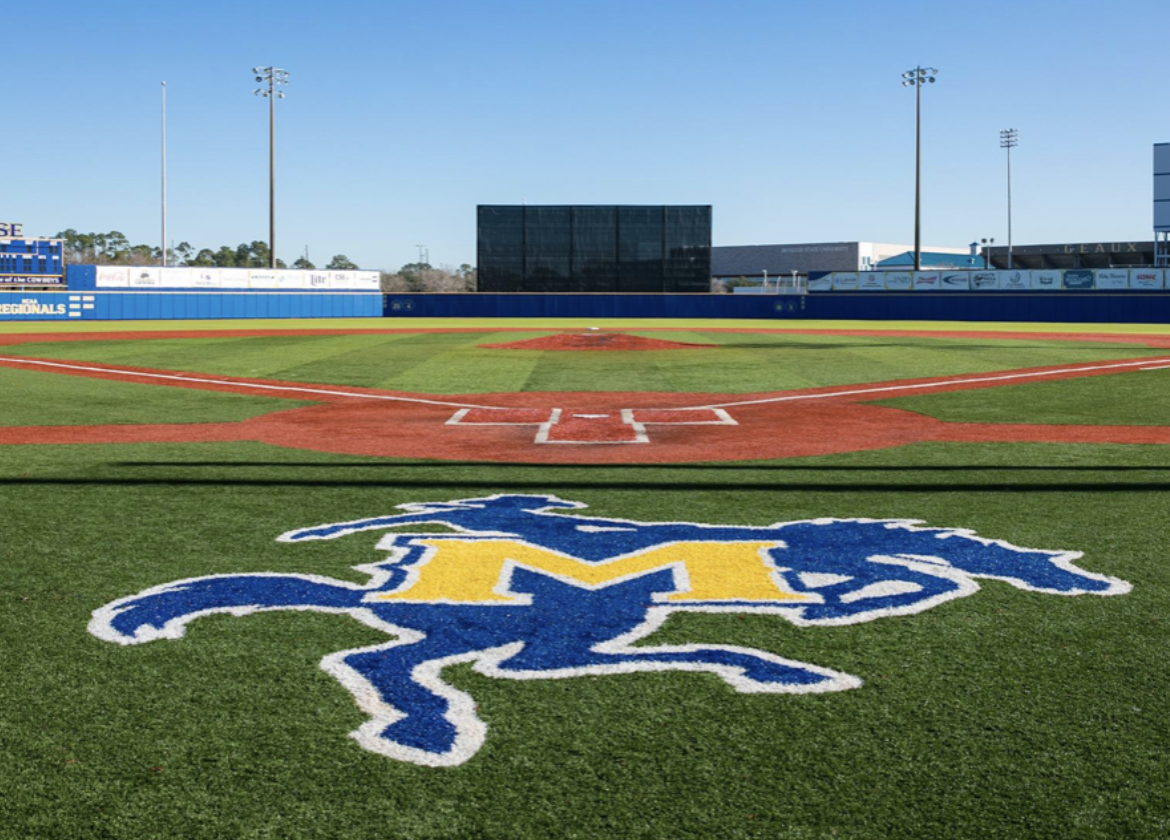 One to the championship series.

Using a surprising pitching combination and late offense, McNeese State swept its way into the final series of the Southland Conference Tournament.

McNeese (33-21) will take a seven-game winning streak into the best-of-three championship series starting Thursday night. The top-seeded Pokes will host the winner of the Hammond Bracket between Southeastern and New Orleans.

The Cowboys won the Lake Charles Bracket with a 3-0 record.

“It’s great to do this at home and to stay at home,” said first baseman Kade Morris. “We are just fighting every game.”

McNeese, known for its offense, turned to a new trio of pitchers last night. Christian Vega, making just his second start of the season and first since March 9 at LSU went the first four innings to set the table.

He was followed by Zane Zeppuhar (2-0) for two and Tyler Stone for the final three. The three allowed just two hits and two runs, wiggling in and out of trouble.

“Got to respect the game,” said McNeese head coach Justin Hill. “It shows you can’t predict anything. You just got to go out there and play.

“You never know who is going to step up next.”

The biggest moment of the game came in the top of the seventh. With the bases loaded and nobody out, Tyler Stone entered for the Cowboys and after walking the first hitter he faced, struck out the side.

Stone got the top three hitters in the UIW order swinging to keep McNeese in front, 3-2.

“When I go in I’m thinking of just punching them out,” said Stone, who earned his first save of the season.

“I gave it everything I got. This is what we needed, guys to step up at the right time.”

Stone struck out eight in his three innings of work.

Riding that momentum, SLC Player of the Year Payton Harden lined a two-out RBI single to center in the bottom of the frame for an insurance run.

The Cowboys, who were held in check most of the evening, put the game away for good with three runs in the bottom of the eighth. Doubles by Brad Burckel and Josh Leslie were followed by a two-run single from Andrew Gonzales.

Morris homered and Julian Gonzales hit an RBI double to lead the McNeese offense earlier, which was limited this night until the end.

Julian Gonzales reached base all four times up Saturday, giving him nine-straight times doing so over the last two games.

His two-out double off the wall in center tied the score at 1-1 in the bottom of the fourth. Morris’ long homer to left was his team-high 10th of the season and made it 2-1 an inning later.

Kade Hunter scampered home just ahead of the tag in the sixth on a wild pitch.

“We just keep grinding and keep fighting,” said Morris. “Doesn’t matter the score or time of game, we just want to put up good at-bats.”

UIW scored first in the second inning without the benefit of a hit. Roberto Gonzalez raced home from third on a sacrifice fly to center by Hernan Yanez with one out.

“This is exciting,” said Hill. “We are having fun and get to play more games at home. It’s great.”