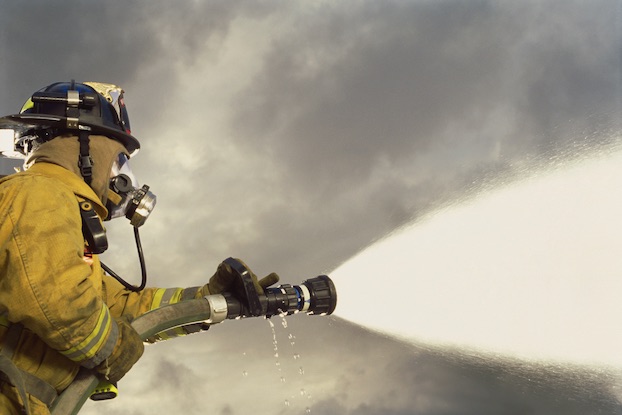 The DeRidder Fire Department, with assistance from the State Fire Marshal’s Office, is continuing its investigation into three separate home fires that occurred early last week.

Spokesperson Ashley Arnaud confirmed that deputies with the Fire Marshal’s Office are assisting with the investigation into one fire that occurred the morning of Wednesday, May 18, at a home on Elton Mango Drive. While fire marshal deputies are continuing that investigation, DeRidder Fire Chief Ken Harlow confirmed his office is investigating two others.

A home on Ollie Street caught fire Monday morning at about 7:52 a.m., and another on East Fourth Street Wednesday morning at 3:25 a.m., just less than three hours before the Elton Mango fire was reported.

Harlow said the home on East Fourth Street was the only structure that was occupied at the time of the blaze, and the residents were able to escape without injury.

The other two homes were vacant, with the Elton Mango home in the process of renovations, according to officials.

Harlow said the fire department is working with police as it investigates the fires, but said it is still too early to make any speculations as to the cause or circumstances surrounding the incidents.

“At this time we are still putting all the pieces together, so it is too early to make any sort of determinations right now,” Harlow said.

DeRidder Police Chief Craig Richard said that officers are asking for residents living near the homes that caught fire to review any security or surveillance footage they may have and to report anything suspicious to police.