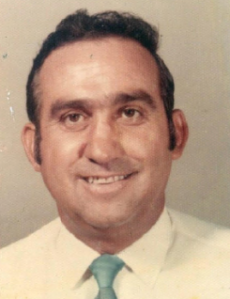 JENNINGS — Sidney L. Theriot, 92, of Bell City, passed away on May 14, 2022, at the Southwest Louisiana Veteran’s Home in Jennings, La.
Mr. Theriot was born to Dennis Theriot Sr. and Alzena Derouen Theriot in Bell City on Sept. 7, 1930.
Sidney graduated from Bell City High in 1948 and served his nation as a member of the Army in the Korean Conflict. After the war, he attended McNeese State College and earned a degree in Education. He taught and coached at Bell City High for 20 years.
Coach Theriot loved bowling, traveling, fishing, hunting, walking, and attending basketball games.
Sidney is survived by a brother, Clarence Theriot; sister, Ida Aucoin; sisters-in-law, Barbara Gahn Theriot and Emma Lou Bullock Theriot; four nieces; and six nephews.
He was preceded in death by his parents; brother, Dennis Jr. and Herman Theriot; and brother-in-law, Raymond Aucoin.
The family would like to thank the Veteran’s Home in Jennings for the outstanding care, comfort and love they give their veterans
Coach Theriot’s brother and sister would like to thank Glenn Hoffpauir, his nephew, for helping to make his transition into the Veteran’s Home very pleasant.
Special thanks also to Julie Benoit at the home for her kindness, help and devotion to Coach. She was his angel.
Cremation has been entrusted to Miguez Funeral Home of Jennings.
Burial with military honors will be held on Friday, May 20, 2022, at 10 a.m. in the Southwest Louisiana Veteran’s Cemetery in Jennings.