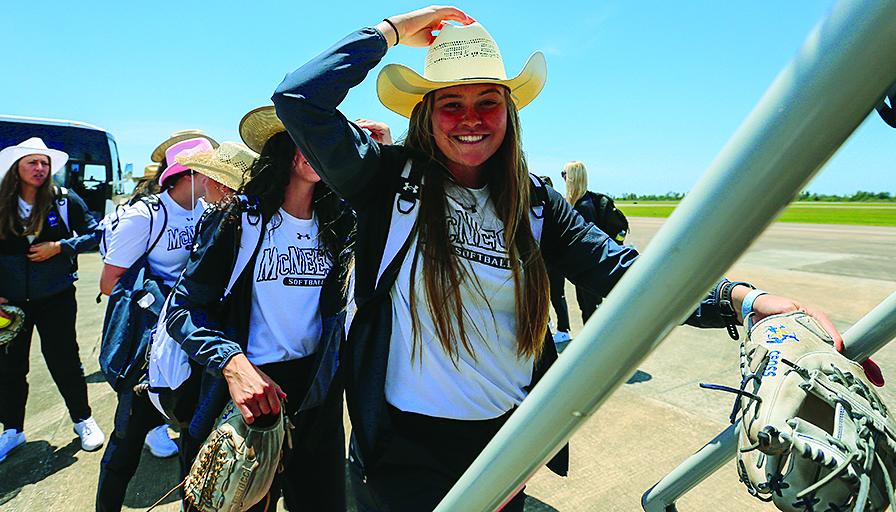 Getting into the NCAA championship softball tournament has become old hat for McNeese State, which is making its eighth trip this year.

That total leads the conference, and McNeese is putting more distance between itself and the rest of the league in recent years, earning five trips since 2016.

Now head coach James Landreneau has his eye on a bigger prize: becoming the first Southland Conference team to win a regional.

The Cowgirls get a chance beginning Friday, when they play Notre Dame in the first round of the Evanston Regional.

McNeese is trending in the right direction towards Landreneau’s regional winning goal, having won a game in each of its last four NCAA appearances.

“We want to get to the postseason then play the best we are capable of playing,” Landreneau said. “Then the chips fall where they may. But, ultimately, we want to win a regional. We feel that winning a regional puts you on the map nationally.”

Landreneau annually sets up a challenging nonconference schedule to accelerate the team’s development. Those efforts have helped in the postseason. The Cowgirls earned a second or third seed in four of its last five trips to the NCAA Tournament. The exception was last year, when the Cowgirls earned a win by beating No. 3 George Washington in an elimination game.

“The (tournament selection) committee sees that we have 39 wins, and when they look at the schedule, they see that it is not easy,” Landreneau said.

This year the Cowgirls played 24 games against top 100 opponents, winning nine. After starting the season 13-14 against the daunting schedule, the Cowgirls won the Southland regular season with a 15-3 record, then won all three games at the conference tournament.

Landreneau said the conference tournament showed the team has learned how to handle adversity. The Cowgirls trailed Northwestern State four times in the opening game, rallying to tie the score in the sixth and seventh innings then scoring twice in the eighth to win it.

In the second game, Southeastern Louisiana scored six runs in the top of the first before the Cowgirls rallied to win 7-6.

Landreneau lists that ability to handle adversity as among the reasons this team could be the one to win the school’s first regional.

“They’ve really matured mentally in terms of showing up and how they prepare every day,” he said. We have depth in the circle and have been swinging the bats lately. And this group can handle adversity. Some teams need everything to right for them to win, but this team is tough.”