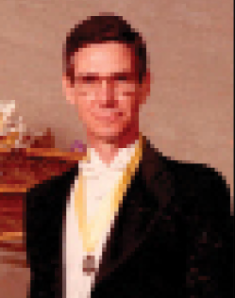 Frank Chavanne Miller, Jr. died on May 12, 2022, and left for the blessings beyond. He was born on Oct. 4 in 1940, in Lake Charles, La., where he died at Lake Charles Memorial Hospital.
He was 81 years old.
He leaves behind his loving family, his wife of 61 years, Angela Liggio Miller; his son, Frank Miller III; and his grandchildren, Gavin Chavanne Miller and Megan Ariel Miller.
Frank married Angela, his high school sweetheart, after receiving his bachelor’s degree in Civil Engineering from LSU in 1962. He worked over 45 years as a contractor and engineer for F. Miller and Sons, Inc., and Challenge Construction Co., where he served as secretary treasurer and vice president, respectively. He then later did some private consulting work.
He was a member of Sigma Tau Beta and Tau Beta Pi, both honorary engineering fraternities and also active in the Louisiana Association of General Contractors, serving as board member of the Lake Charles District, vice president and state president of the LAGC, in addition to also serving on the national board of directors of the AGC. Other notable services and achievements include President of the Lake Charles Engineering Society; past member of the Board of Directors of First Federal Savings and Loan Association; member of the Board of Directors of the Chamber of Southwest Louisiana and the Better Business Bureau of Southwest Louisiana; member of Kiwanis Club of Calcasieu Parish; past president and board member of the United Way and the Calcasieu Area Safety Council and of Crime Stoppers of Lake Charles; and also a past president of the Pioneer Club. Notably, he was also a Knight of the Catholic Equestrian Order of the Knights of Jerusalem, a religious order dating back to the Crusades, and also active in his church, Saint Margaret Catholic Church in Lake Charles Louisiana, serving on its Finance Council, and also as a Lector and Eucharistic Lay minister. He was also a former member of Krewe of Contraband .
He was the son and first of four children for Frank C. Miller Sr. and Vinabell Daigle Miller, both of whom preceded him in death. His surviving siblings are Tom Miller (Donna), Kay Miller (Ira), and Randall Miller (Cathy). His wife and soul mate, Angela, will miss him deeply, as will his devoted family, the many lives he touched, and the community he helped to build and grow, all through his personal, professional, civic, charitable, social, and church efforts.
The family will welcome relatives and friends on Wednesday, May 18, 2022, at Hixson Funeral Home of Lake Charles beginning at 4 p.m. until 8 p.m. with a rosary to be prayed at 5 p.m. and resume on Thursday, May 19, 2022, at 9 a.m. until the procession leaves for the church at 11:45 a.m. A Mass of Christian Burial will be held at St. Margaret’s Catholic Church at 12 p.m. Burial will be immediately following at Consolata Cemetery.
Fond memories and expressions of sympathy may be shared at www.hixsonfuneralhomes.com for the Miller family.