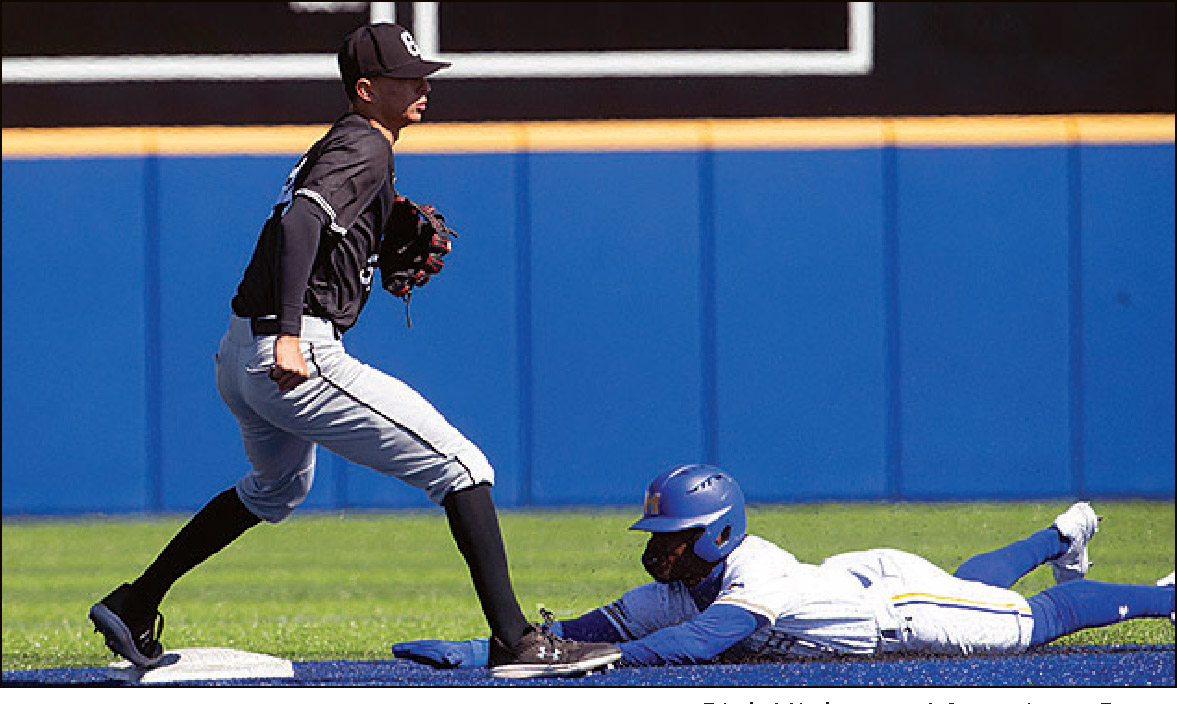 McNeese State’s Payton Harden slides in with the steal of second base and Cal State Northridge’s Ali Camarillo awaits the throw during a game at Joe Miller Ballpark. (Rick Hickman / American Press)

To the victors came the spoils.

After claiming the fifth regular season baseball crown in program history, McNeese State was awarded with a bevy of personal honors Tuesday by the Southland Conference.

Leading the way was redshirt junior outfielder Payton Harden, who saved his best for last weekend.

Harden, who hit his first two homers of the season as the Cowboys clinched the title against Houston Baptist over the weekend, was named the SLC Player of the Year.

Harden led the league in hitting at .371 and was the catalyst of the McNeese offense. He was 8-for-14 in Houston to win Hitter of the Week honors in the league.

“I could not be happier for anybody else,” said head coach Justin Hill. “Payton has worked so hard since he got here as a freshman.”

“I’m excited mostly for all the kids who earned these honors,” said Hill. “It is great to see them be rewarded for their efforts and hard work.

“As for me, it means I have a really good team and really good coaches with me. It is a staff award.”

Rogers, who is expected to start the postseason opener Thursday night, is 6-4 with a 4.18 earned run average.

McNeese led the way with nine total all-conference nods, followed by New Orleans and Nicholls each with six.

For the second-straight season, the Cowboys led the league in all-defensive selections with four. Southeastern placed two on the squad, and representatives from UIW, Nicholls and Northwestern State rounded out the team.

Child drownings up in La. after years of falling…