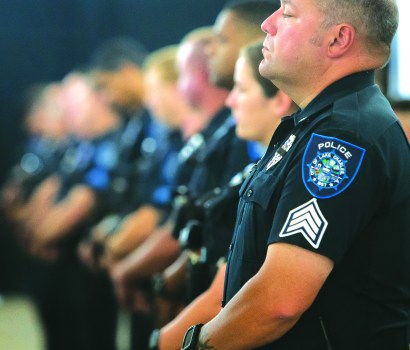 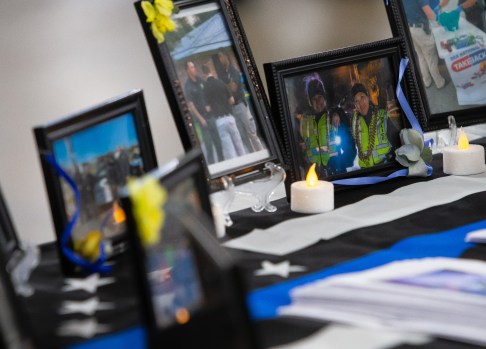 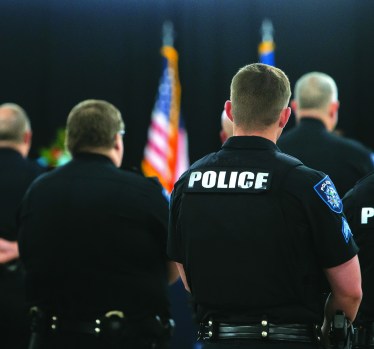 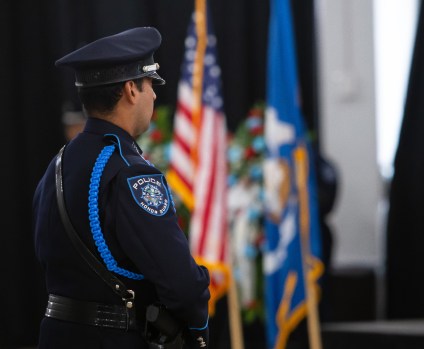 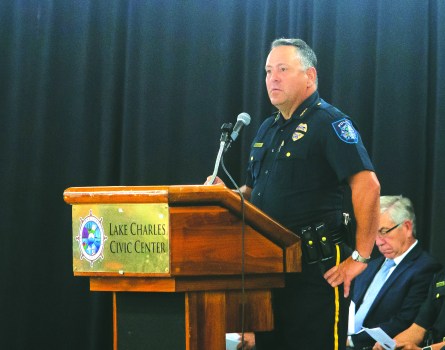 Rick Hickman / American Press Lake Charles Police Chief Shawn Caldwell said he is humbled to be part of a service that honors the people who should be honored. 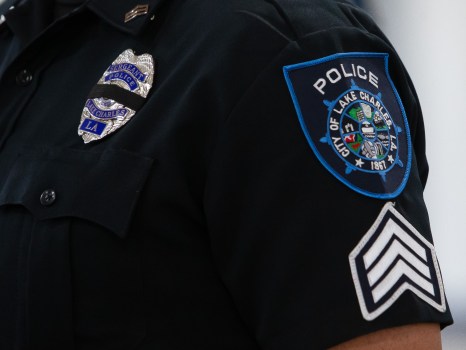 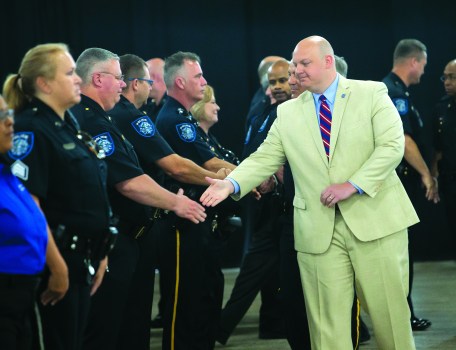 Lake Charles Police, along with local officials, gathered at the Civic Center Monday to honor those in law enforcement who made the ultimate sacrifice.

The memorial event was part of this year’s Police Week Program. National Police Week began May 15 and lasts through May 22. The observation has been in place since Congress established it in 1962.

This year’s memorial service was the first that took place since 2019. The event, which also includes a department inspection, is typically held annually, but was canceled in 2020 and 2021 because of the COVID-19 pandemic.

Police Chief Shawn Caldwell said the department is proud to once again hold the memorial service for local police who gave everything to the job.

“I’m humbled to be part of a service and function that honors the people who should be honored,” he said.

Some family members of fallen officers attended the service, Caldwell said. One was David Hampton Jr., whose father, David Hampton Sr., was killed in the line of duty in 1982. Like his father, Hampton Jr. now works for the Lake Charles Police.

The Calcasieu Parish Sheriff’s Office and Louisiana State Police have a similar event set for 9:30 a.m. Wednesday at the Civic Center Exhibition Hall.