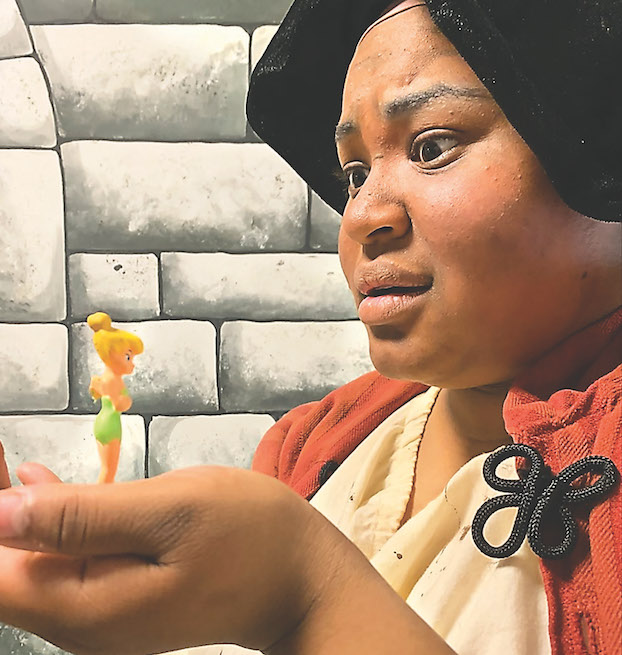 BFG is played by Tamirica Mitchel. (Special to the American Press)

This weekend’s performances of “BFG — Big Friendly Giant” will close out the 2021-22 season for The Children’s Theatre Company.

The play, written by “James and the Giant Peach” author Roald Dah, tells the story of a 24-foot tall giant and the orphan he befriends.

Director Kerry Onxley said the storyline will resonate with audience members because of its message of spreading kindness.

“The big giant finds a young orphan and she fears he’s going to eat her or destroy her but, of course, he doesn’t,” Onxley said. “Then they meet other giants in the land and you start seeing the fantasy elements
of it.”

Chosen by his students, Onxley said several educational theater groups across the nation are performing the same play because it’s a great way to introduce children to acting and performance.

“We’re seeing classics coming up more and more — such as ‘Charlie and the Chocolate Factory,’ ‘Snow White’ and ‘Sleeping Beauty’ — because the plot has fantasy, a little bit of evilness involved in it, a little bit of comedy involved in it but it always has great themes about friendship and not judging a book by its cover.”

Onxley said several of his acting students in the Westlake High School Theatre program are helping with the technical work, building sets and maintaining the lighting and sound during the performances.

“There’s very little adult, parental help,” Onxley said. “They built displays for the lobby, as well, and the collaboration has been very cool.”

Chubby Carrier and the Bayou Swamp Band to kick…