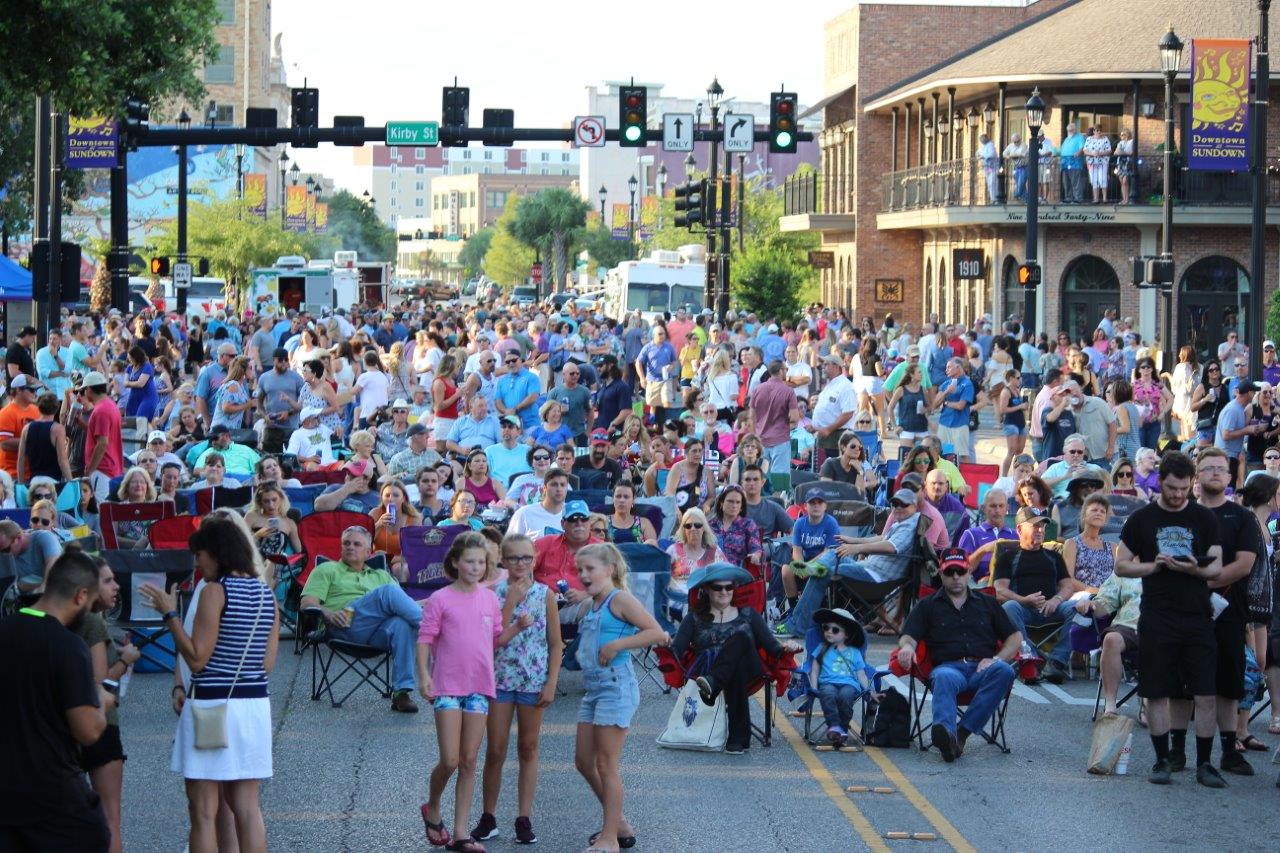 The Downtown at Sundown outdoor concert series is set for four consecutive Fridays from 6 to 9 p.m. beginning May 13. The outdoor festival will take place in the 1000 block of Ryan Street in front of Historic City Hall and the Parish Courthouse. (Special to the American Press)

For 24 years now, Downtown at Sundown has given Lake Charles a reason to celebrate the diverse culture and local businesses of downtown, and its 2022 series begins this week. The series is set for four consecutive Fridays from 6 to 9 p.m. beginning Friday, May 13. The outdoor festival will take place in the 1000 block of Ryan Street in front of Historic City Hall and the Parish Courthouse.

The city of Lake Charles is proud to announce this year’s band line up to get residents and visitors excited about re-experiencing downtown Lake Charles. Downtown at Sundown will showcase the finest in local art, music and food.

The series kicks off with Grammy winner for best zydeco album, Chubby Carrier and the Bayou Swamp Band, which will be sure to ignite the stage with traditional zydeco music infused with contemporary sounds and styles. Chubby is a third-generation Zydeco artist. He played his first gig on the drums with his father’s band at the age of 10 years old. At 14, he began playing the accordion. He went on to join the Terrance Simien Zydeco band. In 1989, Chubby Carrier & The Bayou Swamp Band started touring the United States, Canada and Europe playing festivals, fairs and music venues all over the world. In 2010, Chubby won a Grammy award for Best Zydeco or Cajun album. The following year, he was inducted into the Louisiana Music Hall of Fame.

On May 20, the 33s rock the stage with the classics, and Washington-Marion’s drumline will perform during intermission. The Charlie Wayne Band mixes up country music with some rock favorites on May 27 for Memorial Day weekend. On June 3, Robin and the Sugar Bees bring it home for the final weekend playing a little bit of everything.

Citgo Petroleum, Stockwell Sievert Law Firm, Entergy, Lake Charles Toyota, Fuerst Carrier and Ogden, Erdace Companies, First Horizon Bank and Hertz Capital One Tower have made it possible for an estimated 2,500 attendees each week to gather and enjoy the free and family-friendly event.

Beverage sales will benefit the Literacy Council of SWLA. Lawn chairs are welcome; however, ice coolers and pets are prohibited. In case of rain, the concerts will take place inside the Lake Charles Civic Center.

Seven candidates up for Calcasieu Parish School Board superintendent