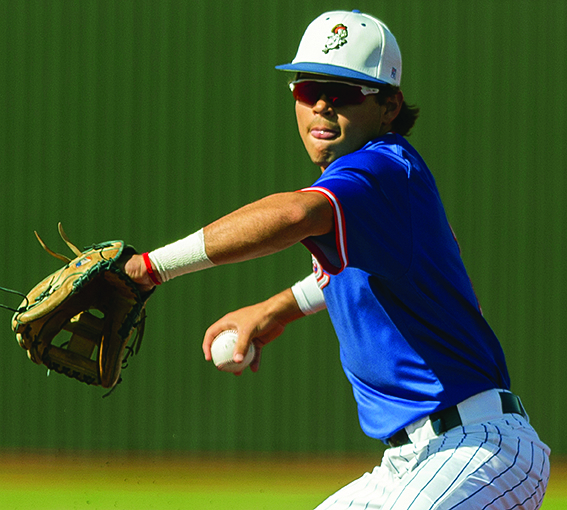 St. Louis will be hoping for a case of déjà vu when it hosts No. 3 Vandebilt Catholic in a Division II semifinal game tonight at McNeese State’s Joe Miller Ballpark.

The Saints beat the Terriers 4-1 in the semifinal round last season en route to winning the state championship. The teams will play at 7:30 p.m. The winner advances to Friday’s state championship game in Hammond against the winner of No. 4 Parkview Baptist-No. 8 University.

The Saints (23-12) enter on a roll, having won 16 of their last 18 games. In four playoff games, the  Saints have scored 43 runs, sweeping a best-of-three series against Patrick Taylor and De La Salle.

Vanderbilt Catholic (31-7) beat No. 11 St. Michael in three games last week in the quarterfinals, winning the first game 10-0 and the third game 7-2. The Terriers are led by ace pitcher Owen Schexnaydre, a first-team all-state selection last year. Last week, Schexnaydre threw a one-hitter in Game 1 vs. St. Michael and had two hits at the plate.

The semifinal loss to St. Louis was his lone loss last season.

“He’s one of the best pitchers in the state,” St. Louis head coach Matt Fontenot said. “Last year, being in the semifinals for the first time in a while and facing a guy who was undefeated, we may have been intimidated a little bit. Hopefully this time we will be more relaxed at the plate, be selective at what we swing at and be the more aggressive team.”

“All three have thrown complete games and can be dominant,” Fontenot said. “Luke has been solid for us the past two years and consistent all year this season. Then we still still have Ryan Baron who can come in and throw great innings; Blake Evans who has been dominant in relief and established himself as a late innings guy and Jake LaRocca, who catches every day but can also pitch if needed.”

Fontenot said improvements on the mound and on defense have keyed the Saints’ second-half surge.

“Our pitchers have thrown more strikes and given up fewer free bases, and defensively we have made a lot fewer errors,” he said. “That has helped us drastically cut down on the number of runs we have allowed. It has helped us be more aggressive at the plate.”

“Any team Chad coaches will play hard and play the game the right way,” Fontenot said. 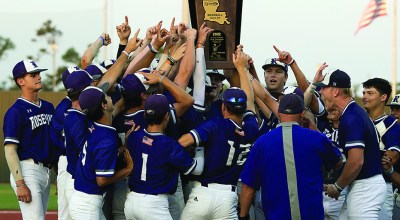