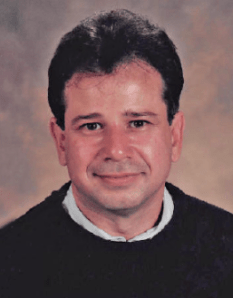 Frank Thomas Scalisi Jr., 69, was born on April 19, 1953, in Lake Charles, La., and passed away unexpectedly on April 29, 2022, at his Lafayette residence.
Affectionately known by his friends as “Tommy,” Frank graduated from Northside High School in Lafayette, Class of 1972, where he developed a love of debate and performance. He attended USL and graduated from McNeese State University in 1990, with a Bachelor’s Degree in Education. He subsequently taught 5th grade in Calcasieu Parish Schools until his retirement.
During his career in education, Tommy received numerous professional accolades such as being a finalist for the Sallie Mae 1st Year Teacher Award. He also received the 1996-97 Calcasieu Parish School Board Elementary Teacher of the Year Award, going on to win the regional award and becoming a finalist at the state competition. Tommy authored many successful grants, and through his prolific grant writing, was able to garner funds to encourage innovative and creative programs for both students and his teaching peers. Teaching came naturally to a young Tommy as he once recalled his first real student, his childhood dog, Freda, a 60 pound boxer. Tommy’s educational philosophy was “Nothing has ever been changed by a mediocre performance”. There was nothing mediocre about Tommy.
Tommy is survived by his mother, Lula Blanchette Hidalgo and his longtime life partner, Daniel Vidrine both of Lafayette.
He was preceded in death by his father, Frank Scalisi Sr.
Online obituary and guest book may be viewed at www.fountainmemorialfuneralhome.com.
Fountain Memorial Funeral Home and Cemetery, 1010 Pandora Street, 337-981-7098 is in charge of arrangements.