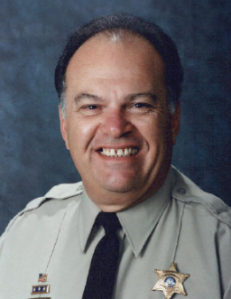 Alphonse Mancuso Jr., 77 years old, passed away Friday, May 6, 2022 with his loving children by his side. He was born on July 26, 1944 to Alphonse Mancuso Sr. and Mary Montalbano Mancuso in Lake Charles, La.
Big Al was the oldest of six and was always known as the “protector” of all. He was mighty, strong and always willing to help people in need. This led to his calling of becoming a Deputy for the Calcasieu Parish Sheriff’s Office, where he served for 27 years. He was also a member of the FBI task force known as the “Bad Cats.”

His most adventurous times could be found at any drag strip with his brother, son and friends at his side. He was an incredible man. He provided for his family and always made sure they had the guidance they needed.
Those left to cherish his memory are his beloved children: Tammy M. Thomas (David), Angela Mancuso, Jackie M. Adams (Michael), Leighanne M. Williamson (Brian), Shelley M. Robbins (Paul), Jack A. Mancuso (Kelsy); his grandchildren, Ethan Thomas, Layken Hodge, Kiya Williamson, Tate Dodson, Austin Dartez, Riley Dartez, Sam Adams, Laith Adams, Brynlee Mancuso and one on the way; his siblings, Pete Mancuso (Sharon), Craig Mancuso (Elise), Kent Mancuso, Michael Mancuso (Pam) and Mary Adams (Blake).
He is preceded in death by his parents and his wife, Velder F. Mancuso.
His funeral service will be at 2 p.m. on Wednesday, May 11, 2022 in Johnson Funeral Home of Moss Bluff Chapel. Father Whitney Miller will preside. Burial will follow in Consolata Cemetery under the direction of Johnson Funeral Home. Visitation will be at the funeral home on Tuesday, May 10 from 5 p.m. until 9 p.m., with a rosary being recited at 7 p.m., and will continue on Wednesday morning from 10 a.m. until the start of the service at 2 p.m.
He was a great man and will be missed every day!
Words of comfort to the family may be expressed at www.johnsonfuneralhome.net.