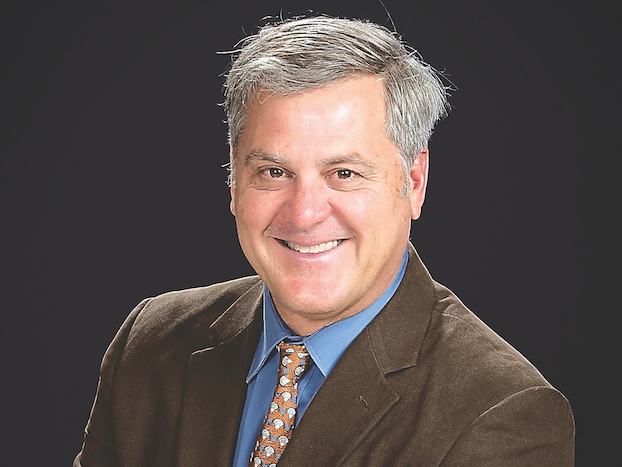 Mike Nodier is the visionary behind Bayou Greenbelt, a 23-mile water loop around Lake Charles. (Special to the American Press)

Lake Charles’ bountiful natural resources motivated Mike Nodier to move to Lake Charles in the mid 1990s. More than 20 years later, his concept to connect three area waterways is in the development phase and has the attention of federal agencies.

Nodier is the visionary behind Bayou Greenbelt, a 23-mile water loop around Lake Charles that is estimated to cost $25 million. It would connect Contraband Bayou, Kayouche Coulee and English Bayou.

Nodier has co-owned Polaris Engineering, Procurement and Construction since 1996. The firm does turnkey projects for heavy industrial facilities.

“We have stayed centered on crude oil refining,” he said. “The last count, we have been in over 70 different refineries around the world.”

Nodier was born in New Iberia, but the family didn’t stay there long because his father worked for a telephone company. His youth was spent in various cities throughout southern Louisiana.

“I went to school in Lake Charles as a kid,” he said. “We moved about 13 times before I went to college.”

Nodier attended Louisiana State University and earned a bachelor’s degree in chemical engineering. He went to work for the ExxonMobil refinery in Chalmette, doing process engineering. Over the next five years there, he married his wife, Connie, and they had two children.

Once his children were old enough to attend school, Nodier said he and Connie moved to Lake Charles. He was hired in process engineering at the local Citgo refinery and worked there for nearly a year.

Nodier said he eventually connected with his friend and former ExxonMobile coworker Gerry Obluda. The two eventually branched out and created Polaris EPC.

“We didn’t know what kind of risk we were taking,” he said.

Polaris landed its first job in California, but it eventually got business along the Gulf Coast and the Caribbean, Nodier said. Some of the more interesting industries were distilleries for Captain Morgan and Cruzan Rum in St. Croix.

“Today, we pretty much go worldwide,” he said.

Nodier said the Bayou Greenbelt concept came from his desire to showcase the local natural resources. The connecting of area waterways is similar to what San Antonio has done and would provide activities like canoeing, fishing, jogging and cycling.

“I love the natural resources the area has to offer, but the perception here is we don’t have a lot to offer young professionals,” Nodier said.

Nodier said Bayou Greenbelt garnered more attention immediately after Hurricanes Laura and Delta. He met with FEMA official Tonia Pence, who was interested in the idea. At the time, the concept had already been submitted to the National Park Service for review.

The National Park Service is the project manager for Bayou Greenbelt. He said the Water Institute of the Gulf in Baton Rouge is doing a study to ensure the concept maximizes flood mitigation and doesn’t make flooding worse.

“I can’t overstate how important the foundation has been to progressing this project,” he said. “Through their contacts, we contacted the National Park Service.”

Nodier said there are plenty of steps left to make Bayou Greenbelt a reality. He said residents should rest assured their property won’t be impacted.

“This doesn’t go through anybody’s back yard,” he said.

Signups sought to ‘Pick it Up’ in biggest-ever litter…