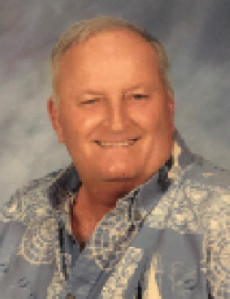 Billy Rosteet, 79, of Gillis, passed away peacefully in his home on Tuesday, March 8, 2022.
Billy was born on June 13, 1942, in Lake Charles, to Joseph W. Sr. and Bertha Reeves Rosteet.
He was a 1960 graduate of Lake Charles High. After graduating from high school he attended McNeese State University, graduating with a Bachelor’s Degree in H&HP and Social Studies. While still in college, he began a career with the Calcasieu Parish Sheriff’s Department. Upon graduating from McNeese, he began his coaching career at S.J. Welsh and continued coaching at Rosteet Junior High School. Billy proudly remained with the CPSO from 1961-2000 working with the Ham Reed and Wayne McElveen administrations.
As a child, Billy was an avid hunter and fisherman on his family’s land in Cameron, Louisiana. Throughout Billy’s life, his hobbies have consistently included building cars and trucks and driving fast boats. His proudest achievement was his farm, which is located on the highest point in Calcasieu Parish in Gillis. One of his greatest joys was researching and sharing his family genealogy, as they were one the first families to settle in Calcasieu Parish.
Billy was a member and Owner in the C.F. Henry Estate, LLC where he served as Director and Assistant Manager of the 5,000-acre estate in Cameron, Louisiana. He took pride in farming, crawfish farming, real estate, property and home rentals, oil and gas production, airboat rentals, stock market investments, and banking. He was co-owner of the Belmont Hotel from 1970-1996. He was a lifetime member of the American Angus Association, member of the Quarter Horse Association, served on the Private Industry Council and the Lake Charles Zoning Board under Jim Sudduth.
He was a longtime member of the Immaculate Conception Cathedral Catholic Church and proudly served as an Usher.
Left to cherish his memory are his faithful and devoted wife, Vicki Carpenter Rosteet; his children, Michael (Darla) Rosteet of Youngsville, Matthew (Stephanie) Rosteet of Lantana, Texas, Mary Beth (Troy) Sonnier of Gillis, and Brian Petroski of Lake Charles; his grandchildren, Clara, Abigaile, Amelia, Alison, Blaire, Logan, Ethan, Skylar and Hannah.
He was preceded in death by his parents, Joseph W. Rosteet Sr. and Bertha Reeves Rosteet; and sister, Judith Ann Rosteet.
A Mass Of Christian Burial will be held at the Cathedral of the Immaculate Conception on Saturday, March 12, 2022, at 11 a.m. Monsignor Jace Eskind will officiate. Visitation will be held Friday evening at University Baptist Church in Lake Charles from 4 p.m. until 8 p.m. A rosary will be recited at 10:30 a.m. Saturday at the Cathedral of the Immaculate Conception prior to mass. Burial will take place in Graceland Cemetery following the service.
The family would like to extend sincere thanks for the compassionate care of our loved one to Heart of Hospice.
Words of comfort to the family may be expressed at www.johnsonfuneralhome.net.