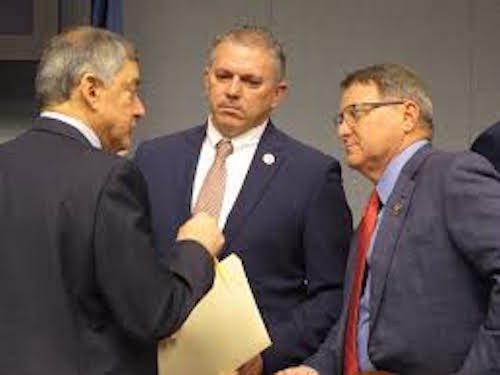 Louisiana legislators at their regular session beginning March 14 will have $2.83 billion in additional dollars to spend, more extra funds than the state has seen in many years. How well they manage that money will have a long-lasting effect on future state budgets.

The Gov. John Bel Edwards administration has given the Legislature a recommended budget for the fiscal year beginning July 1, which is required by law. It appears to be a sound budget plan.

The Council for a Better Louisiana said the Legislature will ultimately decide how the money will be spent, but the ideas presented so far are a step in the right direction.

Edwards said, “We have a historic opportunity to improve life in communities across Louisiana, to fix problems relating to sewer and water systems that plague many of our cities and towns, and to strengthen critical infrastructure that will protect and support our state’s future.”

The proposed budget measures up to what the Public Affairs Research Council said is important. “But Louisiana has an unfortunate history of squandering its money or making poor decisions when unexpected dollars arrive,” the nonprofit agency said.

Two of the most powerful members of the state Senate have already expressed reservations about $500 million set aside in the budget for a new Interstate 10 bridge over the Mississippi River at Baton Rouge.

Senate President Page Cortez, R-Lafayette, and Sen. Bodi White, R-Baton Rouge, and chairman of the Senate Finance Committee, said $500 million is too much to put away for a bridge that is too far from reality.

Jay Dardenne, state commissioner of administration and the governor’s chief budget architect, told the Joint Legislative Committee on the Budget the bridge funding is a commitment that the state is going to proceed with the project and it provides upfront money that will be needed.

Speaker of the House Clay Schexnayder, R-Gonzales, supports the Baton Rouge bridge funding. He said, “Building an additional bridge to reduce I-10 congestion is one of many critical and much-needed investments in infrastructure, and it has my full support.”

The proposed budget puts the nearly $1.4 billion in coronavirus pandemic relief in three areas. The Unemployment Insurance Fund that was nearly depleted during the coronavirus pandemic will receive $550 million. That will eliminate the need to increase taxes on  businesses.

Transportation projects will get $275 million of the ARP money and billions more in future years from President Joe Biden’s infrastructure bill. The Lake Charles I-10 bridge will get $100 million, which increases money available to $265 million. I-49 South of Lafayette will get $100 million and $25 million will be used to develop rail service between New Orleans and Baton Rouge.

Dardenne said that rail line could eventually connect to Houston and north Louisiana. However, he said those would be long-range goals.

There is $559 million for 81 water projects and 35 sewer projects. Smaller cities in the state have experienced seriously outdated water and sewer system issues.

The $700 million surplus from last year would be used to replenish the state’s rainy day trust fund, pay off some retirement debt, improve infrastructure, do additional coastal restoration work and take care of deferred maintenance at the state’s higher education institutions.

The $853 million surplus expected from the current fiscal year would be used to pay off debts owed to the U.S. Army Corps of Engineers for levee work after Hurricane Katrina in 2005 and $450 million owed to FEMA for storm relief. There is also Early Childhood Fund money and  additional infrastructure funding.

The budget proposal also includes $148.4 million for K-12 teacher and staff pay raises. The teacher raise is $1,500 per year and the staff raise is $750. If additional funding becomes available, the teacher pay raise could be $2,000. Higher education funding includes $31.7 million for faculty pay raises and $97.2 million in other funding increases.

Edwards said, “Our pledge is to craft a responsible budget that doesn’t create problems in future years because it aligns one-time funding with one-time expenditures.”

We hope legislators don’t make drastic changes to what is a sound budget proposal. Like PAR, we hope there isn’t a repeat of the last regular session when bills were packed with at least $76 million in legislators’ pet projects that were decided behind closed doors.