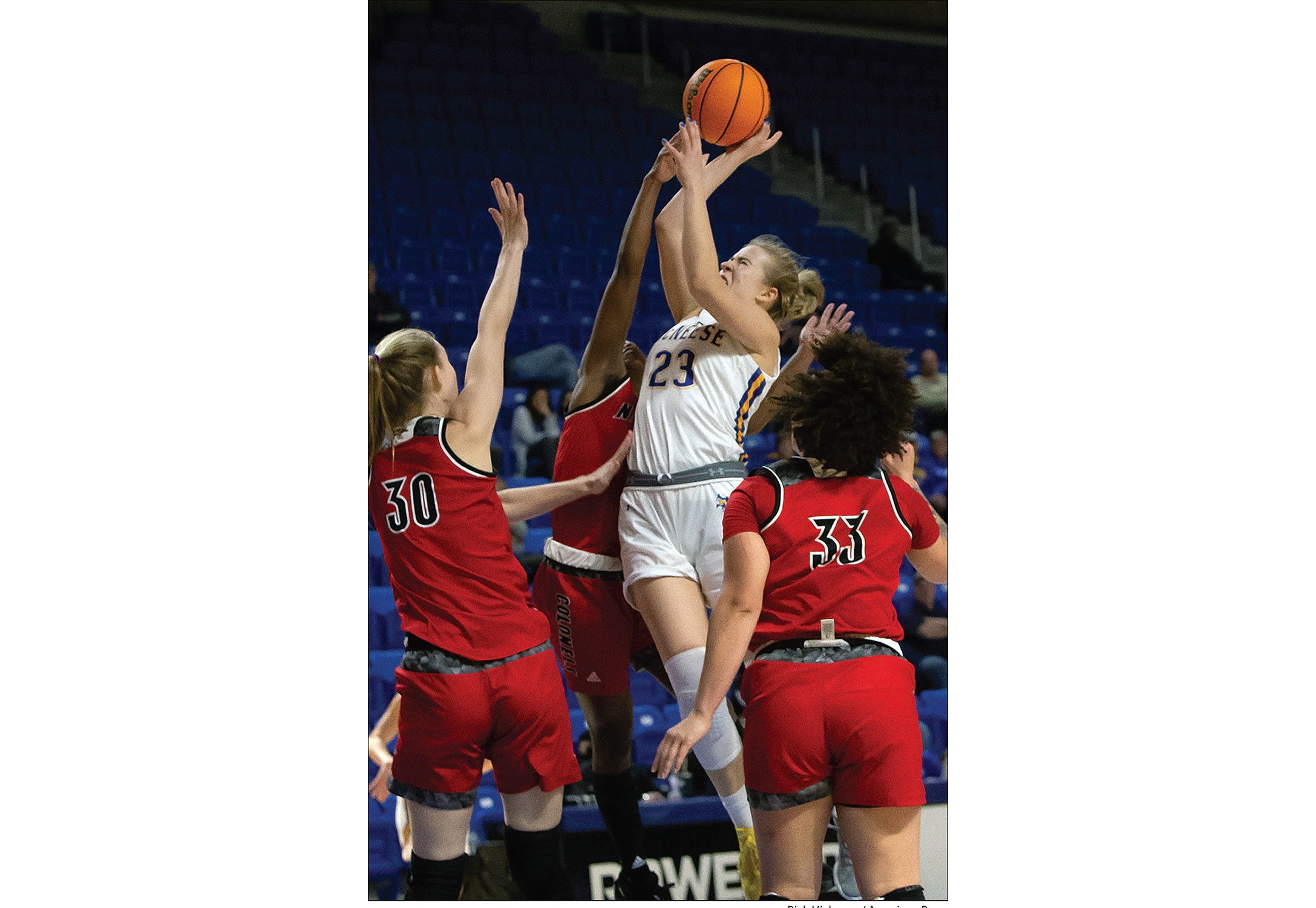 Looking to make a move in the Southland Conference standings, the Cowgirls started a four-game homestand slowly Thursday night.

Then Desirae Hansen found her shot.

The junior transfer scored seven of her 14 points in the third quarter as McNeese State pulled away from Nicholls State 73-65 in the Legacy Center.

“Early in the season we would not have won that game shooting the way we did,” said McNeese head coach Lynn Kennedy. “Every win is progress. Tonight was not our best, but we found a way to win.”

Hansen, who has struggled recently with her shooting, made 3 of 6 shots from the floor, including a 3-pointer during McNeese’s 18-10 quarter. That gave the Cowgirls a 55-44 lead heading into the fourth.

McNeese also turned up the defense in the stretch, forcing seven turnovers. Nicholls didn’t make a shot until Krystin Green hit a 3 with 4:17 left.

Seconds later, Hansen scored on a traditional 3-point play to extend the Cowgirls lead to 50-39.

“We just decided to play defense,” Hansen said. “When we want to lock in we can lock in.”

Any thoughts of a Colonels comeback ended midway though the fourth when Kaili Chamberlin’s 3-pointer followed Divine Tanks’ traditional 3-point play. The duo gave McNeese a 67-53 lead with 3:21 remaining.

“What I like was we went back to executing our offense there,” Kennedy said. “We were able to finish those plays off, and when you are holding on to a lead late and can do that, you are hard to beat.”

Zuzanna Kulinska led the Cowgirls with 18 points, 15 of which came in the opening half. McNeese survived a poor shooting to start and led 37-34 at intermission.

Chyna Allen scored 25 points to lead all scorers for the Colonels. Krystin Green came off the bench to add 11. Bryanna Washington pulled down a game-high 15 rebounds. Freshman forward Deonna Brister from Lake Arthur started and scored nine points and had eight rebounds.

The Cowgirls missed their first 10 shots from behind the 3-point arc with Kulinska breaking the ice with 3:56 left in the opening half. The teams, who combine to miss their first 14 3-point tries, also turned the ball over 24 times in the opening two quarters.

McNeese had raced to a 9-2 lead thanks to its defense and fast break. But the Colonels responded with a 12-0 run and led 16-15 after one quarter.

“We want to take care of Saturday and then we will worry about next week after that,” Kennedy said.