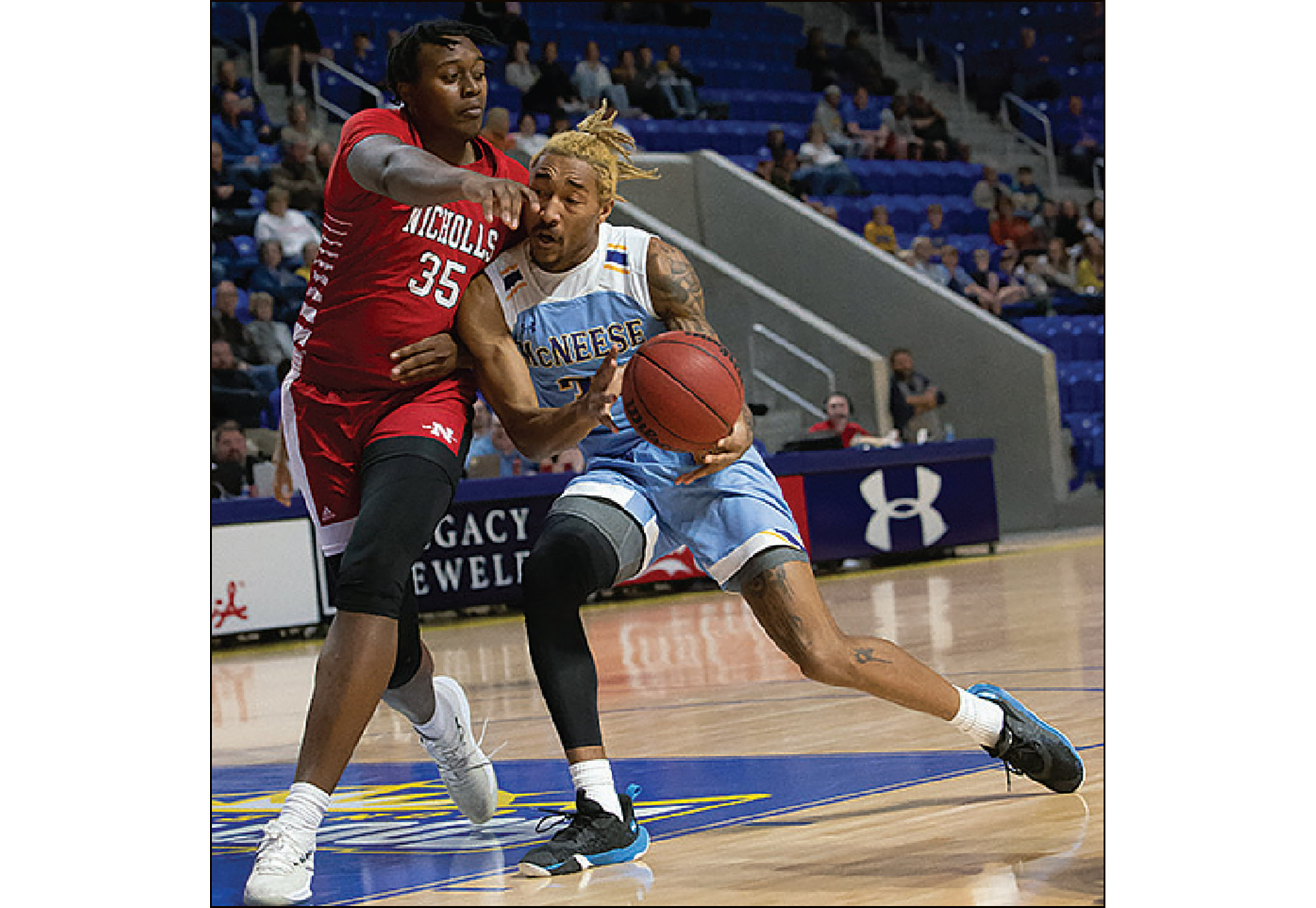 If McNeese State is going to ascend to the top of the Southland Conference some day, then winning games like Thursday night are essential.

What Thursday night showed, however, was the Cowboys aren’t there yet.

Losing an eight-point lead in the first half, McNeese (8-13, 2-2 SLC) found itself playing catchup to the preseason-league favorite the last 26 minute. That ended with the Colonels taking a 81-71 decision.

Ty Gordon, a preseason all-conference pick who has been slowed by a knee injury, led the Colonels (12-9, 2-2) with 24 points. Devante Carter added 19 as five Colonels scored in double figures. Those five players accounted for 77 Nicholls points.

McNeese was led by Kellon Taylor’s 13.

Nicholls raced to a 9-0 lead before Harwin Francois hit his first 3-pointer. That ignited a 21-6 Cowboys run.

During that stretch Francois came off the bench to hit all three of his 3s, finishing with 12. McNeese grabbed a 21-15 lead and extended it to 32-24 with 6:38 remaining in the half.

That’s when Gordon and Carter got going for the Colonels.

They combined to lead Nicholls on a 20-5 run to end the half. The Colonels owned a 44-39 lead at intermission.

Both teams shot better than 47 percent from the field in the first 20 minutes, but 13 turnovers by the Cowboys proved costly.