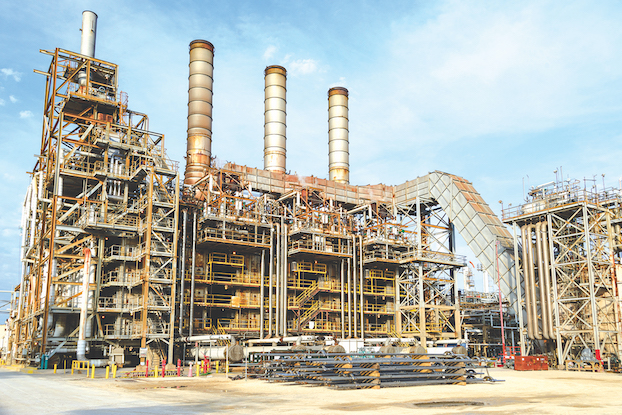 The Environmental Protection Agency is making good on its promise to address environmental justice concerns in the River Parishes through a series of enforcement actions aimed to hold industry accountable.

Conversations with residents in low-income communities along industrial corridors directly inspired a series of regional and agency-wide actions, including unannounced inspections of chemical plants and a directive for Denka Performance Elastomer in Reserve to install fence-line emissions monitors.

According to the EPA website, “The actions announced today are a direct result of these conversations and are only the beginning as the agency centers environmental justice in its mission to protect human health and the environment of all people, no matter the color of their skin, their zip code, or how much money they have in their pockets.”

The EPA announced Wednesday that it will conduct unannounced inspections of industrial sites, a move Regan said will “keep these facilities on their toes.” Up until this point, inspections were done on a schedule or with prior notice.

St. John the Baptist Parish, St. James Parish and the Mossville community near Lake Charles will be part of a pilot air monitoring project known as the Pollution Accountability Team, or PAT, which pairs increased air pollution monitoring with boots-on-the-ground inspections.

According to the EPA, Denka complied with the request to install the monitors.

The company previously monitored levels of chloroprene in the air near the facility in August 2016 to track the reduction in ambient ground-level concentrations as a result of emissions from its facility. Denka voluntarily continued monitoring ambient air quality through 2021.

In Spring 2021, Denka issued a statement on the Louisiana Tumor Registry’s data collection project, which identified average to below-average rates of cancer in St. John Parish when compared to the state as a whole.

Company spokesperson Jim Harris stated, “DPE will continue to rely on the best available science as the company continues to work to identify and invest in additional opportunities to reduce its emissions.”

To promote transparency, EPA Region 6 will make results of the air monitoring available to the public.

Another action announced by the EPA Wednesday include making $20 million in grants available from the American Rescue Plan to enhance local air monitoring for facilities of greatest community concern. The agency is investing more than $600,000 to procure equipment for air pollution monitoring and will be working with community members to introduce the technology.

In St. James Parish, the EPA is supporting the U.S. Army Corps of Engineers’ efforts to require a “more robust” environmental impact statement in consideration of the proposed Formosa plant expansion.

The Nucor Steel facility in St. James Parish is also being required to address its emissions of hydrogen sulfide and sulfuric acid mist, which the EPA has found to be in exceedance of permitted limits.

“Our actions will begin to help not only the communities I visited on (the Journey to Justice) tour, but also others across the country who have suffered from environmental injustices,” Regan said in a statement.

The effects of air pollution has been an ongoing discussion in South Louisiana, with local environmental justice groups including Concerned Citizens of St. John, the Descendants Project and RISE St. James taking a stance against expansion of industry in poor, minority communities.

A peer-reviewed study conducted by the Tulane Environmental Law Firm and published January 13, 2022 in Environmental Research Letters concluded that exposure to high levels of air pollution is estimated to cause 85 cancer cases per year in Louisiana.

The study compared neighborhood-level cancer incidence data from the Louisiana Tumor Registry with pollution-related cancer risk as estimated by the EPA’s National Air Toxics Assessment. The research also accounted for other factors relating to cancer rates such as poverty, race, occupation, obesity, and smoking.

“We discovered that the relationship between air pollution and neighborhood cancer rates is different in poor versus rich neighborhoods,” said Kimberly Terrell, a research scientist at the Tulane Environmental Law Clinic and lead author of the report. “This is the first peer-reviewed study of Louisiana’s cancer burden to account for an interaction between poverty and pollution.”

Gianna St. Julien, a co-author of the report and a Clinical Research Coordinator at the Tulane Environmental Law Clinic, pointed to the value of EPA data for cancer prevention.

L’Observateur is a sister paper of the American Press and is located in LaPlace, La.