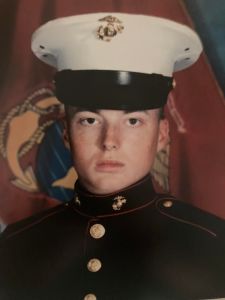 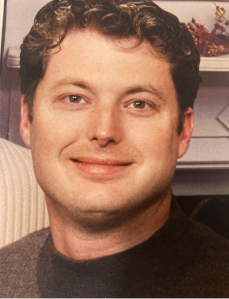 Brian Ralph Dark, 48, passed away on Jan. 4, 2022. Brian was born to Gene and Nettie Dark on May 6, 1973, in Lake Charles, La. Brian graduated from Barbe High School and then joined the United States Marine Corps as a Rifleman. He served with honor earning his combat action ribbon as part of the contingent of Marines who landed in Mogadishu, Somalia on Dec. 9, 1992, spear-heading a multinational force aimed at restoring order in the conflict-ridden country. He also distinguished himself as an elite warrior of the Marine Corps Super Squad Competition. Brian was honored in a medal ceremony conducted by the Commandant of the United States Marine Corps at his headquarters in Washington, D.C.

Brian loved and cherished spending time with his daughter, Hannah Elizabeth Dark. They enjoyed going to Houston Astros games, going out to eat great steaks, and playing the guitar together.

Brian is survived by his father, Gene R. Dark; mother, Nettie Rimes Dark; daughter, Hannah Elizabeth Dark; brother, Jason Beau Dark; sister, Jennifer Leigh Moon; brother-in-law, Ryan Quitman Moon; and two nieces, Mary Margaret Moon, and Emily Kate Moon. Brian is now in heaven, resting in the arms of his Lord and Savior Jesus Christ. Brian will be missed by everyone who had the honor of knowing and loving him. A private family graveside military service will be held on Jan.  27, 2022, at The National Veteran’s Cemetery in Houston, Texas. A memorial service will be held in the main sanctuary at Trinity Baptist Church, 1800 Country Club Rd., Lake Charles, LA, on Saturday, Jan. 29 at 11 a.m.