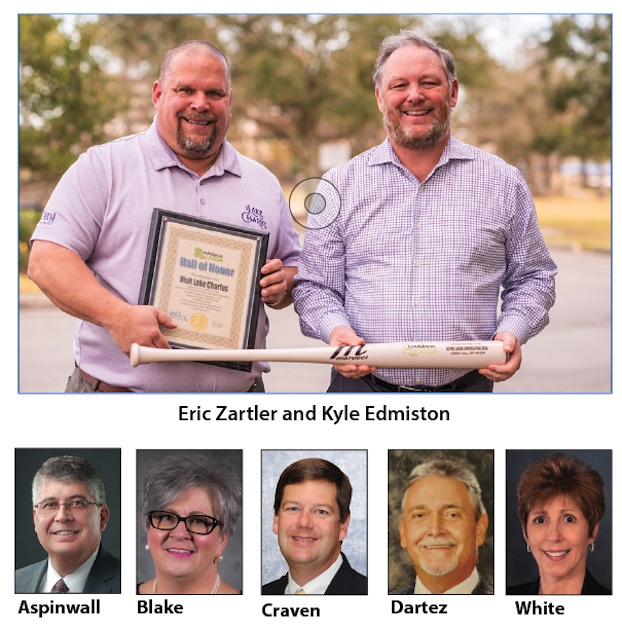 White has served as the university’s chief financial officer since 2001 and was responsible for managing all of the university’s accounting functions, including accounts payable, accounts receivable, payroll and cash management, preparing annual fiscal reports and working with the Legislative Auditor’s Office to ensure compliance with all regulatory requirements.

She has more than 30 years of financial and accounting experience and worked in the health care industry before joining McNeese.

White earned a Bachelor of Science degree in accounting from McNeese.

BATON ROUGE — Gov. John Bel Edwards has announced creation of the Governor’s Task Force on Statewide Litter Abatement and Beautification, which will work to find policy solutions for Louisiana’s litter problem, educate the public and promote community litter abatement activities. Created by executive order and managed by the Keep Louisiana Beautiful program in the lieutenant governor’s office, the Task Force of 26 members will make recommendations to the governor by July 1.

LAFAYETTE — The 2021 Louisiana USSSA Hall of Fame Class and Hall of Honor members were officially inducted into a prestigious class of USSSA athletes, officials and supporters.

This year, seven individuals were welcomed into the hall of fame, while three teams and a longtime sponsor were inducted into the Louisiana USSSA Hall of Honor. Among the hall of honor inductees were Visit Lake Charles.

“Youth sports play a major role in the economic impact of tourism for Southwest Louisiana with events that are held annually in the Lake Area. The staff at Visit Lake Charles is dedicated to ensuring the success of tournaments taking place in Southwest Louisiana, but beyond that, we strive for everyone involved to create lasting memories while vying for the chance to be named as champions by showcasing the area’s hospitality, culture, cuisine and attractions for visiting student athletes and their families,” said Kyle Edmiston, president/CEO, Visit Lake Charles.

Among them is Charla Blake, executive director for Lake Charles-based Project Build a Future, a nonprofit affordable housing builder, since 2017.

Prior to that role, she was the community development coordinator for the Arts and Humanities Council of Southwest Louisiana.

She also serves on the Lake Charles Historic Preservation Commission.

The Advisory Council is comprised of 13 representatives from state, community and nonprofit organizations in a five-state District who are appointed by the FHLB Dallas Board of Directors and advise the board on affordable housing and economic development issues.

Dartez retires from Port of Beaumont

Kirby Dartez, son of Norman Dartez of Lake Charles, has retired from the Port of Beaumont, Texas, after 36years of service as a head of operations.

Dartez served a total of 45 years on the waterfront.

He started in Lake Charles with Lykes Brother Steamship Co. before transferring to Beaumont where he worked for Lykes and then Stevedoring Co. before ending at the Port of Beaumont.

Chris Craven has been named the 2021 Associate of the Year for the New York Life Louisiana General office.

Craven has been a New York Life agent since 1993 and is associated with New York Life’s Louisiana General Office in Baton Rouge.