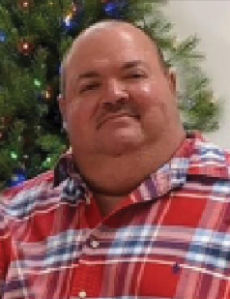 Mr. Daigle was a native and life resident of Lake Charles.  He was a graduate of Barbe High School.  He worked 34 years for O’Reilly Auto Parts where he was a Commercial Manager.  Mr. Daigle has always been an avid baseball fan.  As a young man, he enjoyed playing Mid-City Youth Baseball and was a member of the 15-year-old Little League World Series team.  He enjoyed shooting, duck hunting, cooking for family and friends and participating in cook off competitions.  He was a great mechanic; mastered working on small block Chevrolet 350 motors, worked with family and friends on their vehicles and judged many Midnight Fantasies Car Shows, O’Reilly’s Contraband Days Car Shows, and attended countless Antique Car Shows. Mr. Daigle’s passion was helping others through as President of Colors for a Cause founded by his son and as a member of Brennan’s Blessings.  He will be most remembered as an admirable Dad and for his love of children.

He was preceded in death by his son, Brennan Wade Daigle; parents, Lawrence John Daigle and Geneva Carter Daigle; and a grandmother, Eva Williams.

Funeral services will be at 6:30 p.m. Sunday, Jan. 23, 2022 at University Baptist Church under the direction of Johnson Funeral Home. The Rev. George Guillory Jr. will officiate. Visitation Sunday will be from 4:30 p.m. until the time of service in the church.